By Shanes_Ken (self media writer) | 4 months ago 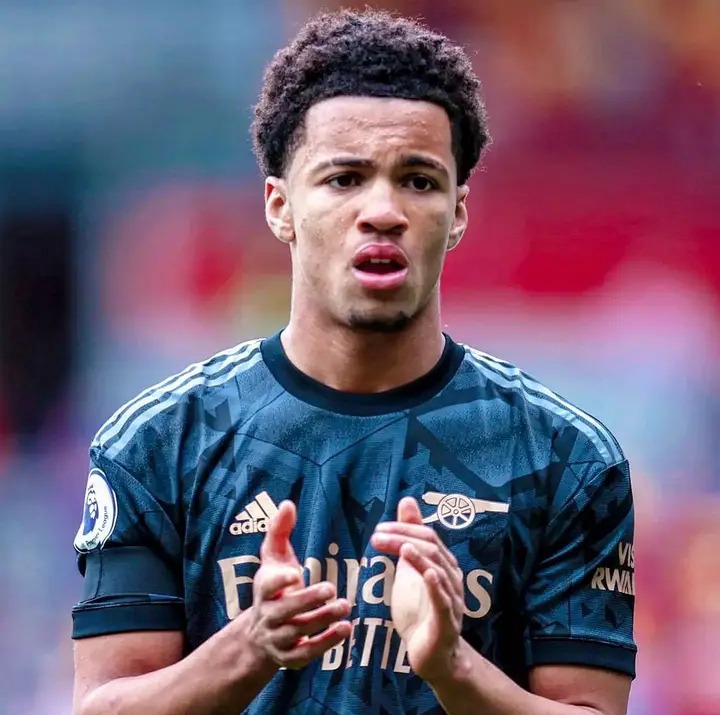 Arsenals Ethan has become the youngest ever player in the Premier at just the age of 15years and 181 days as the gunners faced Brentford this afternoon at the Brentford community stadium.

Ethan was introduced in the Arsenals midfield with just a few minutes to play as Arsenal had already gotten the job done putting three past the home team. He was given a warm reception by the travelling fans who could be heard singing "He's going to school in the morning".

The 15year old has been impressing in his performances having been playing for the under 21 side as well as representing England in the under 16 side and has been rewarded with a firt team opportunity. He's an attacking midfielder who's is believed to be very good with the ball at his feet and has the ability to also run with the ball in his feet. 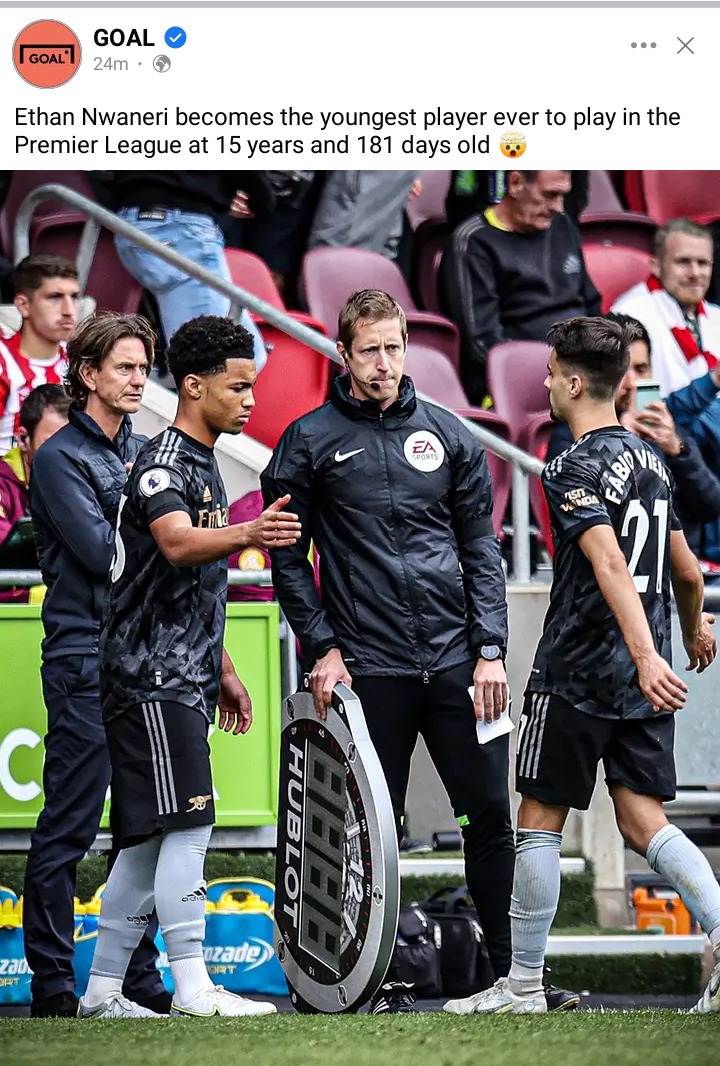 Arsenal consider him a bright prospect for the future who is likely to follow in the foot steps of other Hale end Academy stars such as Bukayo Saka and Smith Rowe who have been so impressive in the recent past. 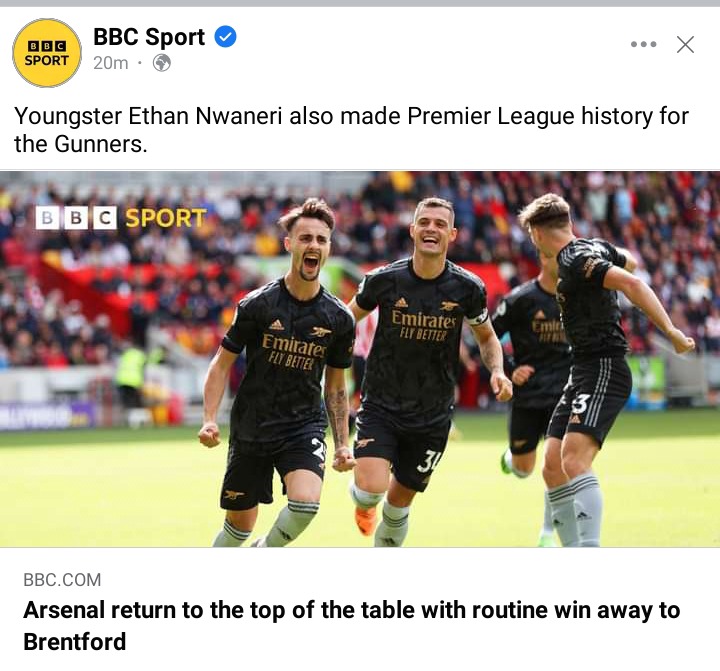 Content created and supplied by: Shanes_Ken (via Opera News )