By DrArogo (self media writer) | 29 days ago

The English Premier League match week five experienced a rather rare occurrence after the elite clubs like Tottenham were humbled by rivals Chelsea by being trashed 3-0. Leicester City were also humbled by Brighton as they lost to the host 2-1. On Saturday, Arsenal recorded a narrow win by overpowering Burnely, while Liverpool trashed Crystal Palace. 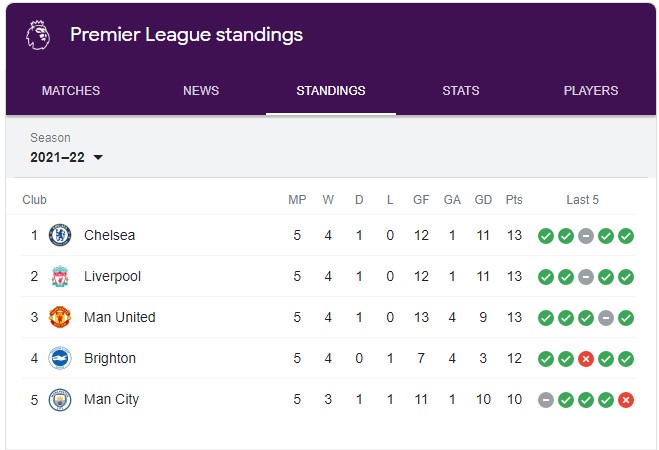 Ole Gunnar Solsjaer's boys narrowly escaped sharing a point with West Ham United after the Spaniard keeper David De Gea denied the host a last minute equalizer. United continued with its winning trails and the GOAT Cristiano Ronaldo registered his third goal for the Red Devils in the EPL showdown. 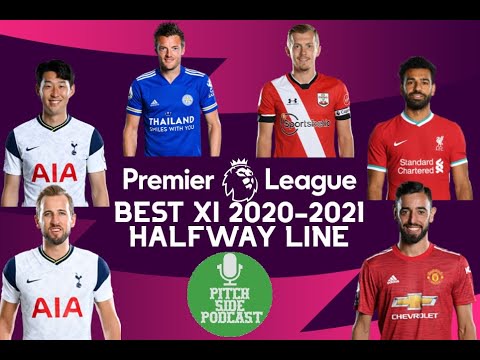 After match day five, Chelsea continued to lead with 13 points, same as Liverpool and United, who are separated by goal difference. Brighton comes fourth and City fifth, level point with Everton who are placed at the sixth position. 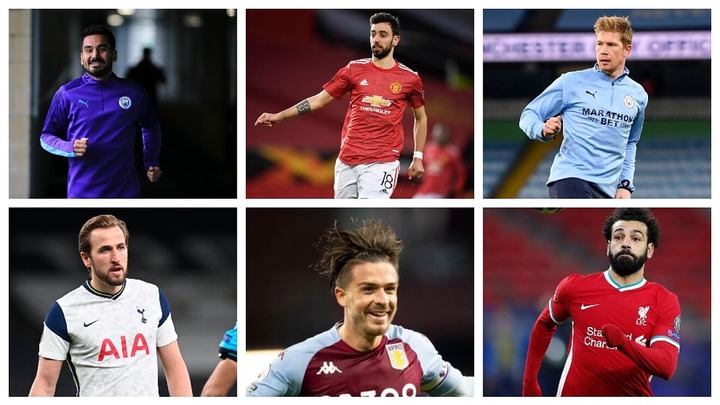 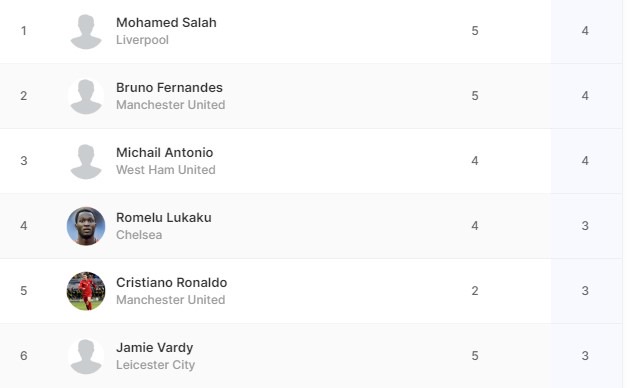 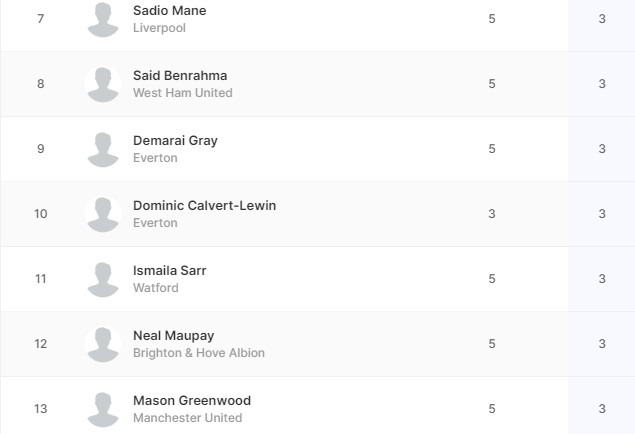 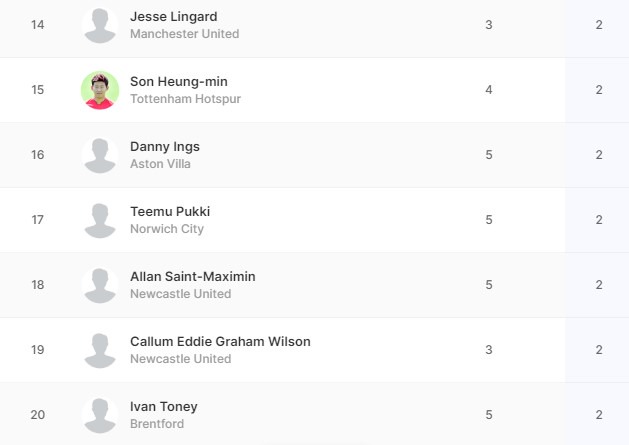 Do you think CR7 will lead the other boys for the race for Golden Booth?