By EnoBlog (self media writer) | 11 days ago

Gor Mahia head coach Mark Harrison has spoken about the future of goalkeeper Boniface Oluoch at the club after he was spotted training with the team.

Coach Harrison has maintained that Oluoch is part of the team and falls in his plans adding that his presence brings competition in the department - with four goalkeepers - leading to good performance.

Custodian Oluoch was under intense criticism last season and he decided to distance himself from the club that he has served for more than six seasons. 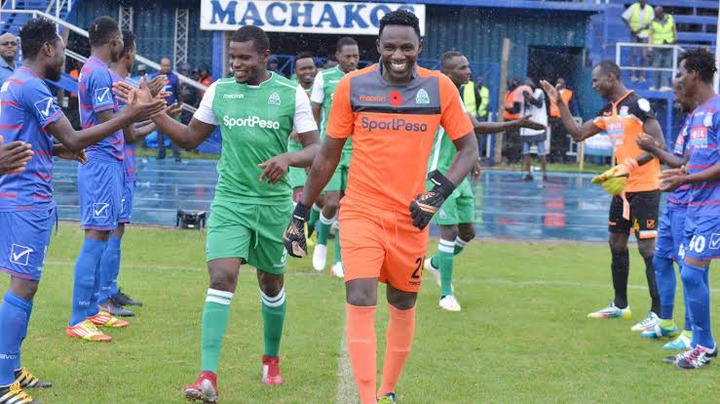 However, his departure led to the signing of Gad Mathews from National Super League side Kisumu All Stars with Samuel Njau and Caleb Otieno in contention for the starting lineup. However, Njau has moved to Posta Rangers despite featuring for Gor Mahia in the final matches of the previous season.

Oluoch addressed rumours of ditching Gor Mahia some time back before confirming his retirement. However, the custodian is back and was in the squad that played Murang'a Seal in a friendly match last week.

Coach Harrison has said that the availability of Oluoch in the team is significant as he will bring about experience and will hold the rest of the custodian's hands.

However, Oluoch will not play in the CAF Confederation Cup as he was slapped with a four match ban by the continental body alongside Azam's Kenneth Muguna.