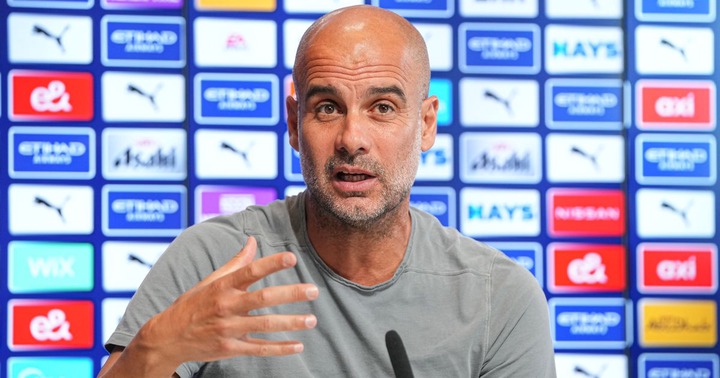 The current standings in the English Premier League after the fifth matchday supports Pep Guardiola's kind words about Mikel Arteta that were spoken in the second month of 2021.

These comments by Pep Guardiola's have resurfaced during the time Mikel Arteta is terrorizing the Premier League with an entertaining football, collecting 15 points out of the possible 15 this campaign.

Mikel Arteta made it five wins out of five on Wednesday night after swatting Aston Villa 2-1 thanks to goals from Brazilian hitmen Gabriel Jesus and Gabriel Martinelli that pushed the Gunners 2 points clear ahead of defending champions Manchester City.

Amid this successful run, a good number of football fans have taken back to days when the Spaniard took charge of Arsenal from Unai Emery. Managerial role became uneasy for Mikel who was sitting on this seat for the first time.

After completing a season he inherited from Unai, Mikel Arteta had a torrid start in the subsequent season after he lost 3 of his opening matches, something that left him struggling in the bottom half. As a result, fans demanded that he should be released off the managerial duty.

However, Pep Guardiola who is huge fan of Mikel Arteta gave vote of confidence on his counterpart, revealing why he could could cause problems in the Premier League.

Speaking after beating Mikel Arteta 1-0 in February last year, Pep Guardiola was insistent that Mikel Arteta is cleaver coach who knows everything in football. And after a year, Arteta is now proving that he could cause problems to other Premier League clubs.

Guardiola said: “Mikel [Arteta] knows everything. He’s so good. It’s not because he’s my friend. I know how he lives, I know what he plans, I know how he works. He’s so clever.

“I learn a lot from watching his teams and today I learned something that I can use in the future. He knows everything about football.”