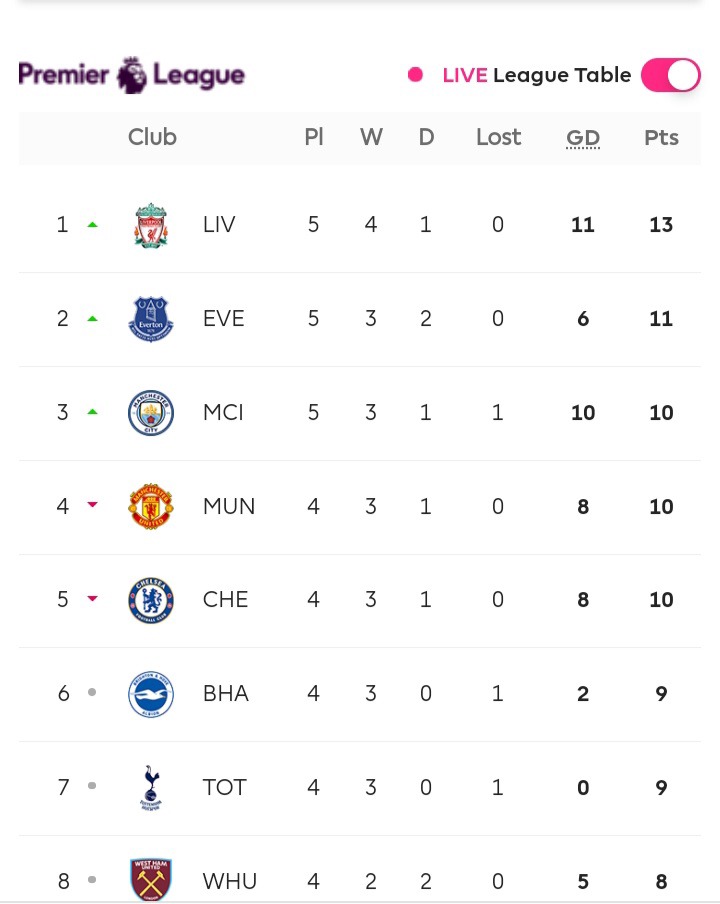 The teams that had already face each other in the field includes; Wolverhampton vs Brentford, Manchester City vs Southampton, Liverpool vs Crystal Palace, Norwich City vs Watford, Burnley FC vs Arsenal and Aston villa vs Everton is still live. 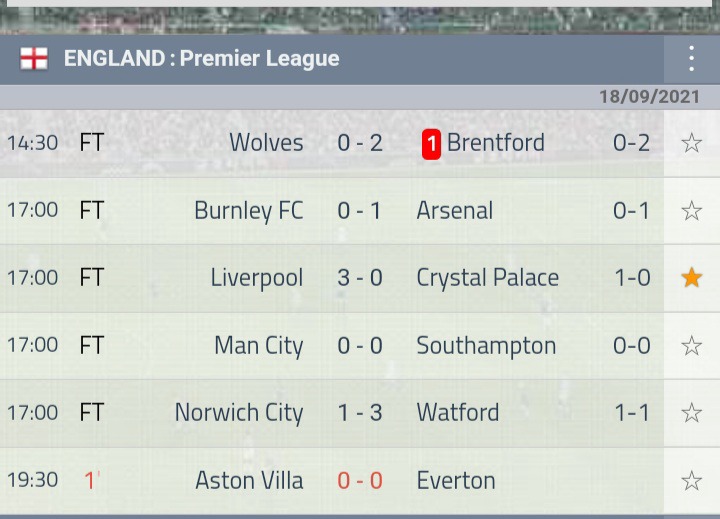 Liverpool shift to position one after defeating Crystal Palace with three goals without any reply, this make Liverpool to table themselves with 13 points.

Arsenal shoot to positions 12 after Martin Odegaard break the death locked by scoring One goals after 30 minutes elapse in football, this make Burnley to suck in the previous position with only one point as Arsenal takes another 3 points to make it 6 fresh new points.

Manchester City had a rough time after they did not get any chance to break the death locked, however they almost made it after Sterling scored towards the end of the game but VAR checked said denied, confirming that Stirling was slightly offside, these made Manchester City to add one point to make it 10 points giving them position 2 in the table.

Watford Shoot to position 10 after defeating Norwich City by three goals with only 1 reply, on the other hand Wolverhampton remains stuck in their previous position after Brentford take the lead with two goals without any reaction.

The ongoing match is Aston Villa vs Everton, so far the game is still death locked, what is you opinion, who will emerge as a winner?