By SimbaSports (self meida writer) | 1 months

Chelsea are interested in signing AS Monaco midfielder Aurelien Tchouameni during the summer transfer window. 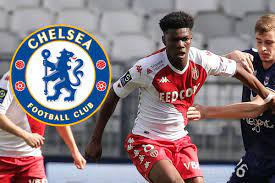 Aurelien Tchouameni recently emerged as a big signing priority for Chelsea this season, as per Goal. The AS Monaco midfielder has wowed observers with his spectacular debut in Ligue 1 this campaign and is expected to cost about €40 million this season.

Tchouameni, a graduate of the Bordeaux academy, has risen quickly through the ranks at Monaco, where he is coached by Niko Kovac. He's been molded into a solid midfield player by the former Frankfurt head coach, who uses his technical skill and vibrancy to solidify the second line of defense.

Tchouameni has formed a powerful midfield collaboration with Youssouf Fofana, which has helped Les Monegasques enter the cup final and finish third in France. 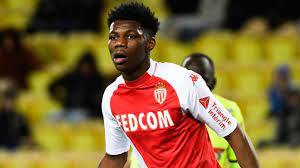 Since the turning of the year, Chelsea has been checking up on the 21-year-old. Thomas Tuchel, who should have seen a lot of the midfielder during his time at Paris Saint-Germain during the first half of the season, seems to have noticed his versatile presence in midfield.

Tuchel has come a long way since then, and is now flourishing at Stamford Bridge, leading Chelsea to the UEFA Champions League final, which will be played later this summer. However, if the Blues are to emerge as a threat to Manchester City and Manchester United next season, the German must prepare. Tchouameni was a key member of the Monaco team that defeated Tuchel's PSG 3-2 earlier in the season, playing in a midfield position beside Fofana. 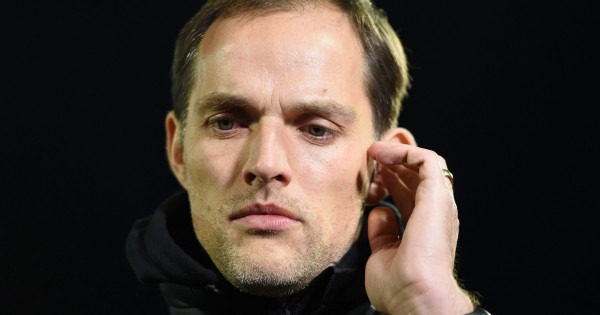 Perhaps one Chelsea's possible flaws could be in the midfield, where they lack versatility despite having incredible talent in Jorginho, N'Golo Kante, and Mateo Kovacic. While they have other choices, Tiemoue Bakayoko and Ross Barkley have been connected with a permanent move away from Chelsea.

Someone like Tchouameni may be useful in this situation, as he can carry the youthful energy to the park. His exciting style of play should fit well with the Premier League's style of play, but it's unclear if the Monaco starlet would be content to play secondary role to the above Chelsea stars.

The Wolfsburg defender, a former FC Sochaux football academy player, is being touted as a lengthy successor for Thiago Silva, so it'll be interesting in seeing how the Blues' move sagas unfold this summer.

Content created and supplied by: SimbaSports (via Opera News )

Over 40,000 Students to Miss Out on Universities and College Admission, KUCCPS Says