The Biggest Transfer Mistake That Chelsea did.

By Dailybrefingnews (self meida writer) | 29 days 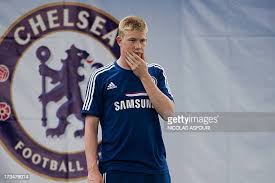 Kevin de Bruyne who is among the best midfielder in the world right now recalls his early days when he was at Chelsea football club. During that time Jose Mourinho was the head coach of Chelsea who made him leave the club because he was not in good form.

Kevin de bruyne was signed by Chelsea in 2012 from Greek club at Ksh 1 billion and later loaned out to werder Bremen. While at Chelsea he only made three appearances and was later sold to Wolfsburg.

After staying with the club for almost 2 years he then returned to the premier league with a new club which was Manchester City from there he saw his career picking up with the club.

During a chat with sky sport on March 7, the 29 year-old revealed that he had a chat with Mourinho at some point made him realise he stood no chance with the team.