Who is the Best? Drogba or Salah? CHE and LFC Fans Engage a Heated Debate After Mo Salah's Heroics 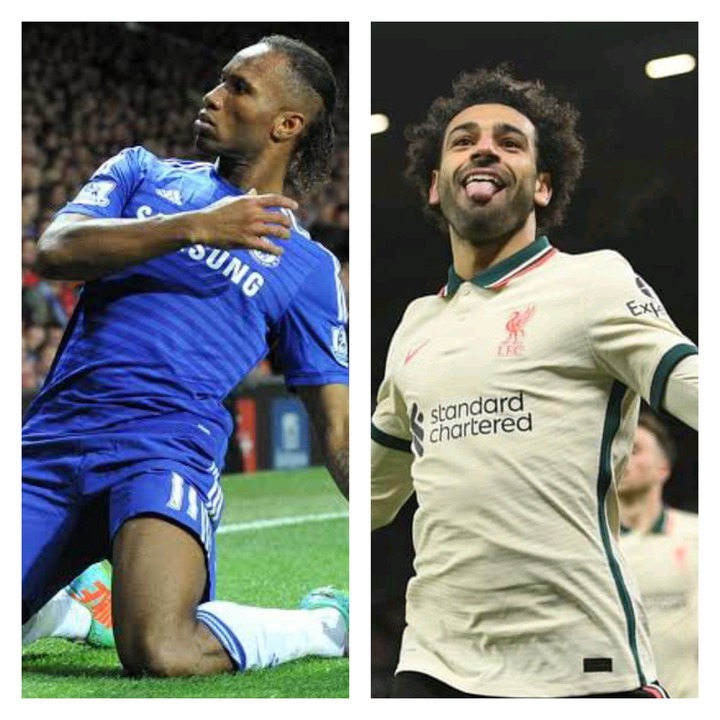 Chelsea and Liverpool FC fans were involved in a heated online debate over who, between Didier Drogba and Mohamed Salah, is the best African to have graced the Premier League.

This is after Mo Salah scored a hat-trick that helped Liverpool down Manchester United 5:0 on Sunday evening, October 24. In so doing, the Egyptian magician surpassed Drogba's goalscoring record in the English Premier League.

The Egyptian King, as Mo Salah is oftenly referred to by many football fans, has now notched 107 Premier League goals, three more than the Chelsea legend. 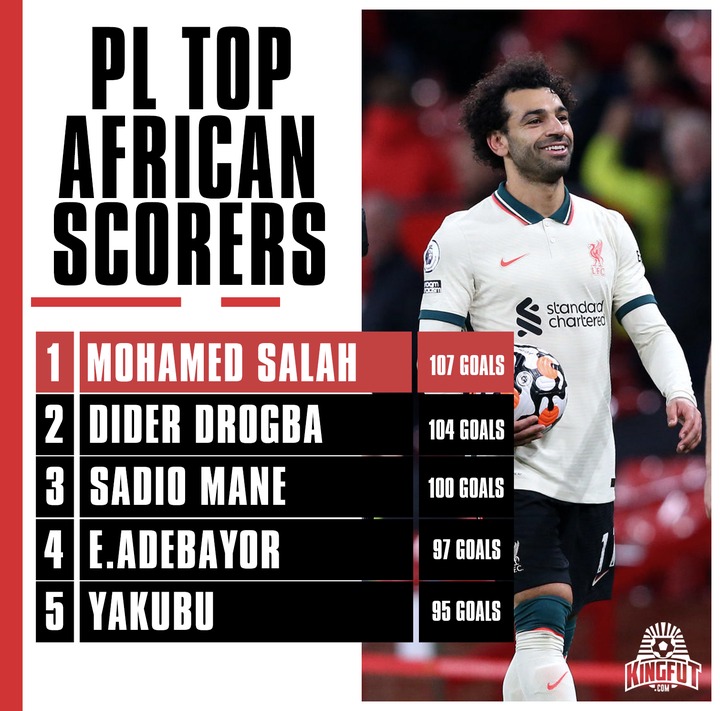 As result, many Chelsea and Reds' fans took to the main social media platforms to compare the two African stars. While many appeared to side with either Drogba or Mo Salah, a few others remained neutral saying that both players are legends in their own right.

Luca Bell: No one with any common sense thinks Drogba is better than Salah. Salah is up there with the best ever in the prem not a Chelsea forward who forward who gets compared with Vardy. 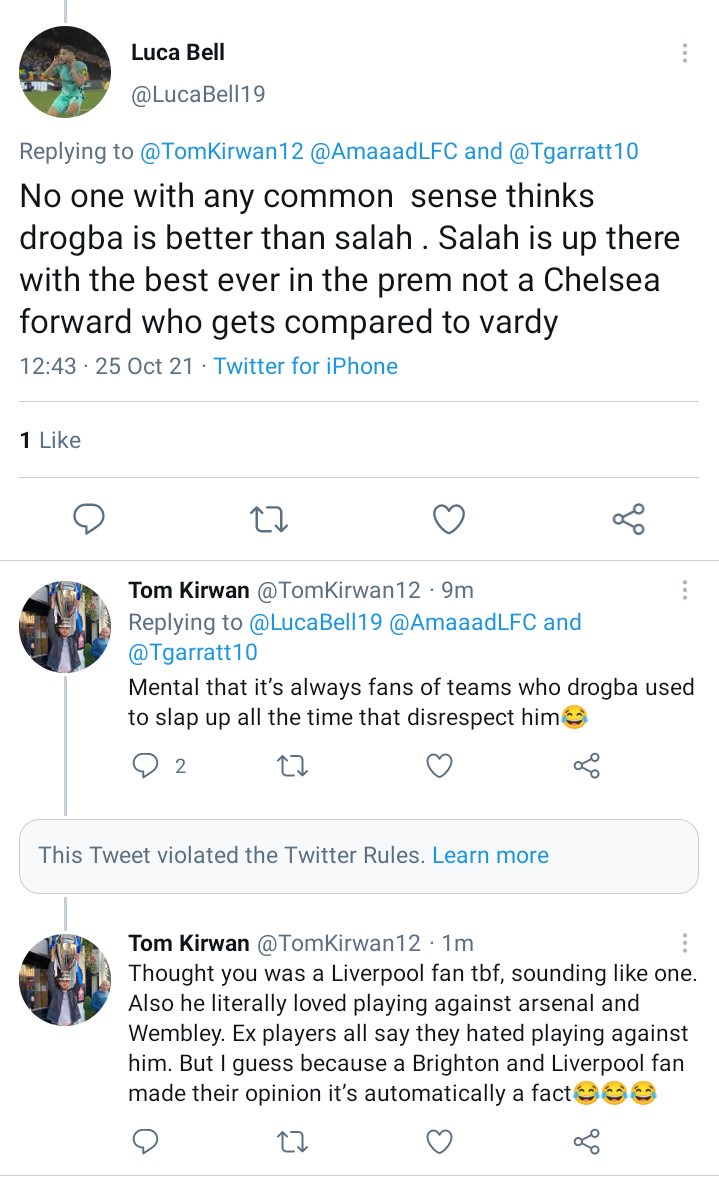 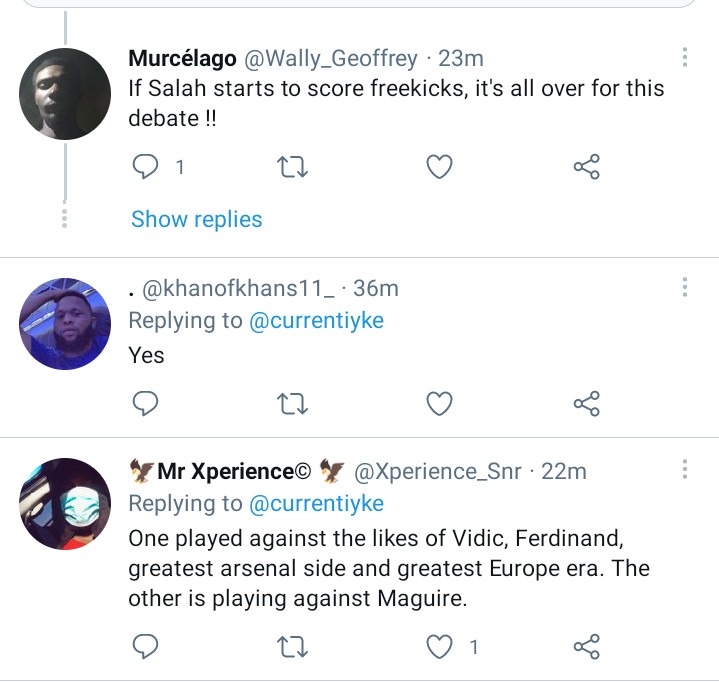 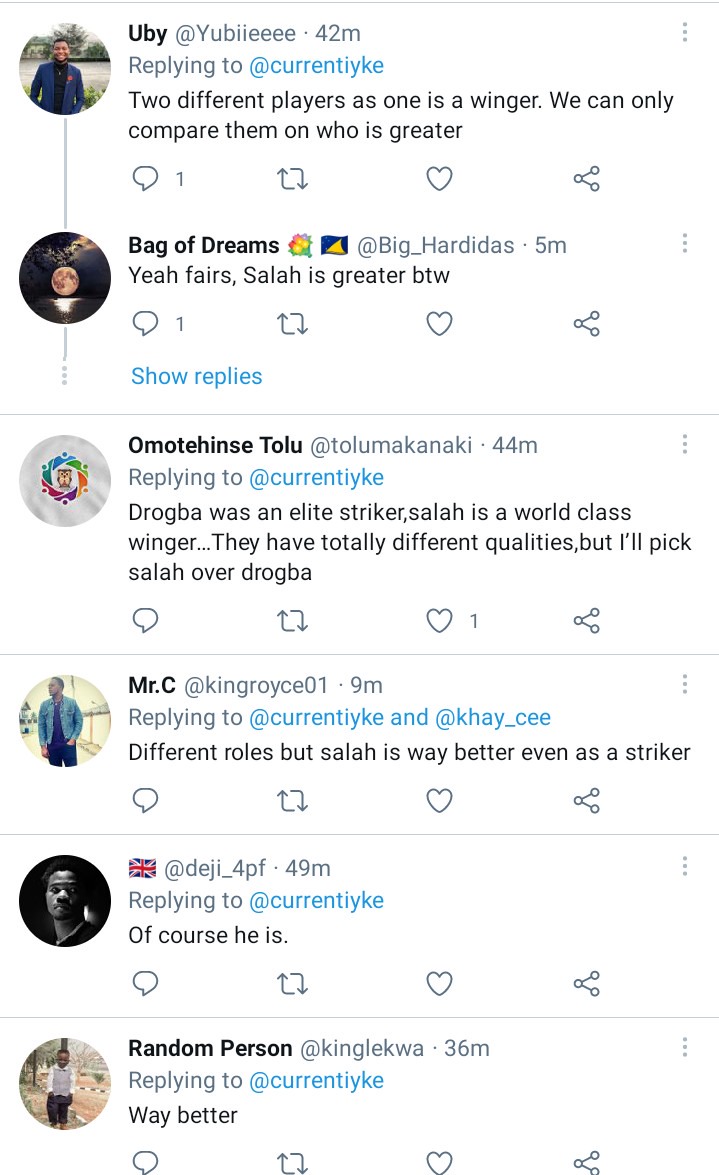 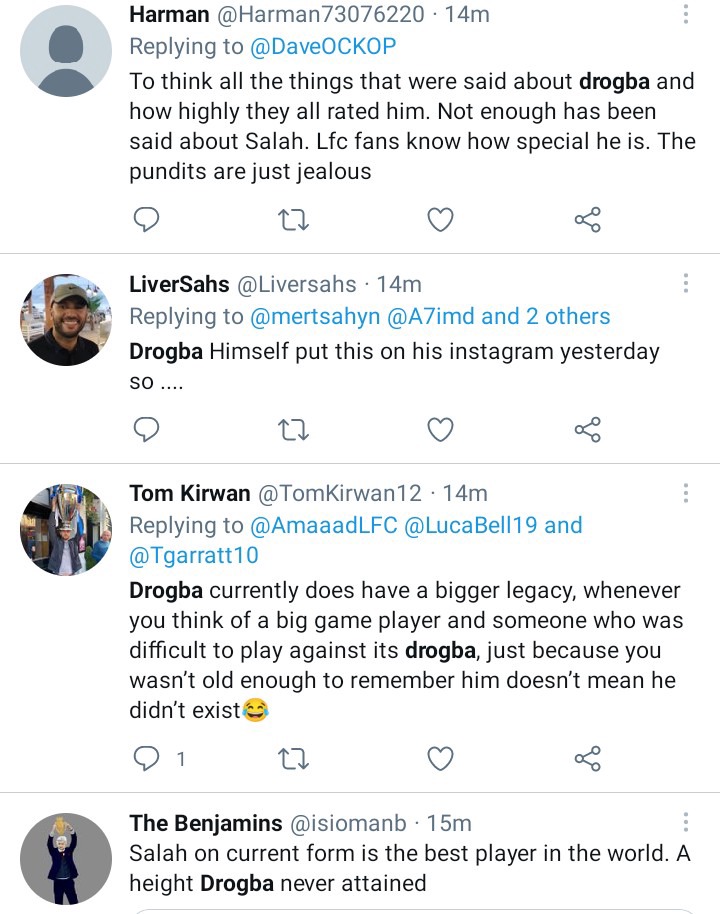 Who do you think, between Salah and the Chelsea legend, deserves the accolade of the best African to have the English Premier League?