Opinion: Here's Why Ronaldo To Arsenal Is An Unlikely Deal For The Gunners

By WillyKim (self meida writer) | 22 days 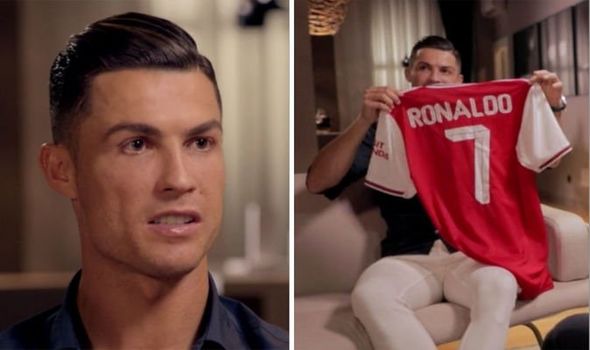 Christiano Ronaldo is seemingly in the market as there are no signs of him staying at Juventus for another season.He still has a year left on his contract with Juventus and thus he isn't able to leave on a free.However his transfer fee is below €50 million which makes him affordable for most clubs.

Amongst the clubs that have been linked to him are PSG , Manchester City and even a potential return to Manchester United.That is because for PSG, they are able to afford his huge wages alongside Mancity.

Arsenal are currently short of attacking options at the front and therefore one might be wondering why not go for him.Sometime back in the days Arsene Wenger wanted him at the Emirates although the deal never materialised.

Arsenal have young attackers at the front who are good but need some experience.Aubameyang and Lacazette have been misfiring a lot.Now is Ronaldo the answer? Personally I think No!

Ronaldo is in his late 30's and Arsenal are currently building their squad around young players.Bringing in Ronaldo would mean limited game time for the youngsters.And also Ronaldo has just some few years to retire therefore he isn't the solution to Arsenal problems.

Also his huge wages might pose a challenge to Arsenal who are not that of a spend thrift club.Ronaldo's wages per season are over €30 million.I don't Arsenal would consider him currently.

Therefore to Arsenal fans who might be yearning for Ronaldo's signature, bad news for you.It isn't happening soon.

Huge News From Old Trafford as Midfielder Allegedly Agree a New Contract, to be Announced Soon