Two Teams That Must Win

By PogbaBruno (self meida writer) | 10 days 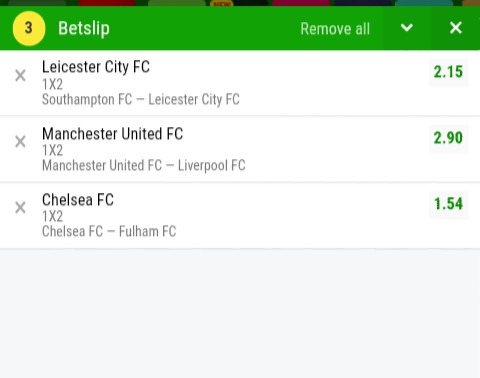 With the end of a hugely disappointing campaign in sight, Southampton will be keen to put the 2020/21 season behind them as quickly as possible, and with their players already dreaming of clean slates next term, the Saints should offer little resistance to in-form Leicester City on Friday.

The Foxes shattered Southampton’s FA Cup dreams just a fortnight ago with a 1-0 semi-final triumph at Wembley Stadium, and the Saints looked battle-weary in their next game at Tottenham (1-2).

In the Premier League, Southampton have lost six of their last eight assignments and a finish as low as 17th position still looks possible for Ralph Hasenhüttl’s out-of-sorts Saints.

With a cup final in the bank and a top-four slot all but booked, Leicester will have designs on finishing as the best of the rest in the Premier League behind Man City this season, and the Foxes can move to within two points of second-place Man Utd with a win on Friday.

Brendan Rogers’ side were in action as recently as Monday evening when they came from behind to beat Crystal Palace 2-1 at the King Power Stadium, with red-hot Kelechi Iheanacho – who has notched nine goals in his last seven league appearances – bagging the winner

Back Leicester to win

Leicester rattled an all-time record equalling nine goals past Southampton on their last trip to St. Mary’s Stadium, and the Foxes are worth backing to enjoy another profitable jaunt to the south coast on Friday.

City are playing with a huge amount of confidence following a haul of six wins from their last eight matches in all competitions, and with Kelechi Iheanacho in devastating form and the wind in their sails, Leicester should be able to breeze past an unmotivated Southampton team.

Backing the Foxes to win is advised as a result, while our 3-1 correct score prediction tips Leicester to cut loose against the Premier League’s second-worst defence. Southampton have registered in six of their last seven home assignments however, and could pocket a consolation effort – particularly if Danny Ings is fit enough to feature.

Ralph Hasenhüttl will hope to have both Ryan Bertrand and Danny Ings available, though Oriol Romeu – who has stepped up his recovery – is expected to miss out again.

The injury picture for Leicester is starting to improve with James Justin and Harvey Barnes the Foxes’ only confirmed absentees.

Goals on the cards in Antwerp

The climactic Championship Round gets underway in Belgium this week, and Antwerp and Genk are expected to kick off the phase in style with an entertaining tussle at the Bosuilstadion.

The sides closed out the regular season against each other on April 17, when Antwerp came from two goals down in the second half to beat Genk 3-2 in a thrilling contest in Deurne.

Indeed, fixtures between these clubs have regularly produced fireworks and their last six encounters delivered a tasty 4.5 goals per 90 minutes.

Bettors are advised to stick to the goal markets again for what should develop into another slugfest in Antwerp this week. Five of the host’s last seven matches have spawned over 2.5 goals, while a minimum of three goals have been notched in ten of Genk’s last 11 games.

It’s worth combining the over 2.5 goals with both teams to score for Friday however, after the same bet landed in the teams’ last pulsating skirmish, while our 2-2 correct score prediction tips Genk to earn a share of the spoils this time around.