By EsqEvans (self media writer) | 10 months ago

The Blazers are ranked 11th in the table at the moment, and they have built up a reputation as one of the best clutch performers in world football at the moment.

Through sheer grit and determination, they managed to get to the final of the 2018 World Cup, and even there, they put up a great fight against the cheat code of a team that was France. Since then the profile of the team has been vastly improved.

They were a part of League A in both campaigns of the UNL so far, and while they had finished second in the 2016 Euro Qualifiers below Italy, they delivered a better performance in the next, as they finished first in Group E in the 2021 Qualifiers. 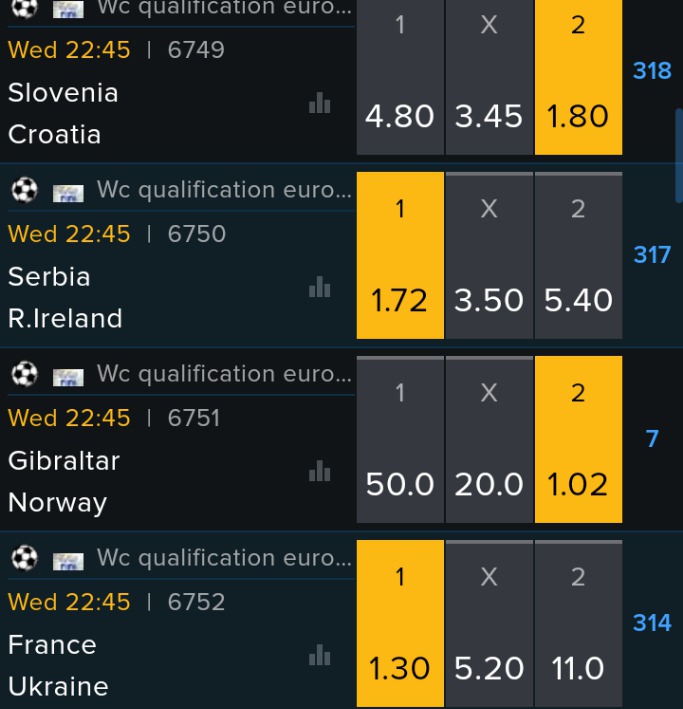 Going on, they had also made it to the Round of 16 in the Euro 2016 main competition, where they fell against eventual champions, Portugal.

Meanwhile, Matjaz Kek’s men are ranked outside of the top-60 in the FIFA list, and they had also failed to qualify for the 2018 World Cup, as they had to settle for a fourth place finish in Group 6, below Slovakia, Scotland, and England.

They were also part of the League C in the 2020-21 UNL, and had finished at the bottom of the group in the previous edition. And on top of all that, they also have an inferior h2h record against this rival over the years.

For the reasons, expect Slovenia to post the three points on the board this Wednesday.

Zlatko Dalic’s men have a 100% unbeaten record against this opponent over the past three decades. In fact, they had a 100% winning record since 1990, barring three draws. They had scored three or more goals in three of the last six encounters, and had netted two or more goals in five of the former eight clashes. At home, Kek’s men have a 100% losing record since 1995.

The Blazers were unbeaten in nine of their past fourteen overall matches, and they had also scored two or more goals in seven of their last ten fixtures. Do also note that they last they failed to score on the road was against Spain in 2018.

On the other hand, their counterparts had failed to score in two of their last three match-ups, and they have a worrying h2h record against this foe over the years. In fact, at home, they have lost every single h2h match-up since 1995.

Mudavadi Fires Back At President Uhuru On Disappointment claims

Which vehicle is better between Mercedes Benz and BMW.

Opinion: Is Uhuru Secretly Grooming This Man To Succeed Him As Mount Kenya Kingpin?