By Geffongoz (self media writer) | 1 month ago 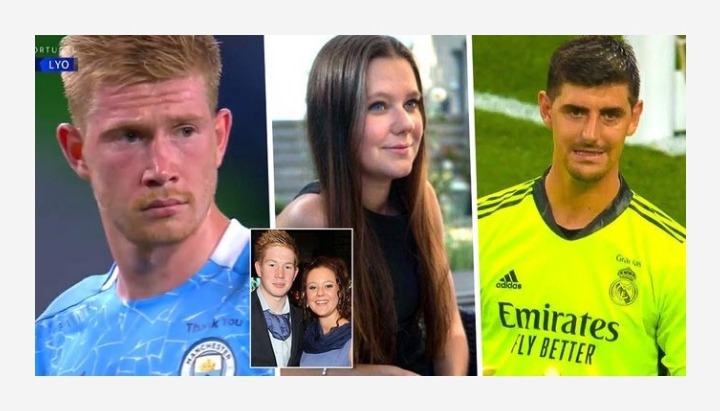 Thibaut Courtois is the man that Kevin De Bruyne’s girlfriend cheated with when she was still in a relationship with Man City’s playmaker. She later admitted as much, although she also insisted it was an act of retaliation as De Bruyne cheated first.

The City playmaker’s ex-girlfriend Caroline Lijnen had an affair with his Belgium teammate, Thibaut Courtois, in 2012.

Back then, KDB and Courtois were still under Chelsea books. However, Courtois was on loan with Atletico Madrid when Caroline Lijnen visited him in the Spanish capital.

Lijnen, meanwhile, admitted that she decided to cheat on De Bruyne after the midfielder did the same with her best friend. “Kevin cheated on me,” Lijnen told Story Magazine in 2014.

“In the summer of 2012, Kevin told me that he had an affair with my old best friend. I gave him the choice: her or me. I was ready to give him another chance, but our relationship was never the same afterward.