By KenyaBroadcast (self media writer) | 7 months ago

Manchester United has a goal disallowed after the smallest of touches by McTominay in the build-up and then Son goes down the other end and scores. Incredibly Controversial from VAR today. 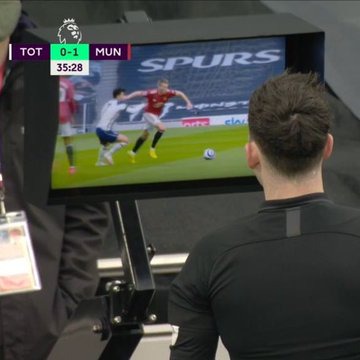 VAR has ruled out Manchester United goals more than any other team in the premier league this season. Wrongfully sent off Anthony Martial in the first fixture and now wrongfully ruled a perfectly fine goal out. All Manchester United Fans want is some consistency with the multi-million-pound system being implemented

One fan lamenting that Man Utd has been completely shafted today. Lo Celso had hit Rashford earlier in the face in the box and it wasn’t even reviewed. Then Cavani scored a goal that was disallowed moments later because McTominay had hit Son in the face. Both incidents were the same. 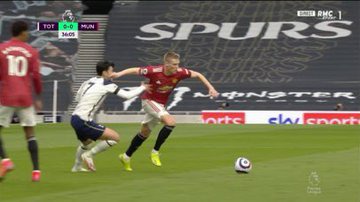 It’s extraordinary how ludicrous VAR has become. Not only with their many errors but that it sucks the life out of the game. The joy of celebrating, which is what makes football so special, has been completely diluted.