"You have to suffer" Graham Potter's speech after Chelsea defeat, Chalobah's record is ruined.

By SportsWhisperer (self media writer) | 3 months ago

Graham Potter has had an amazing run with Chelsea. He has never suffered defeat since he join the club in all competitions. Today, he faced his former club, Brighton at their home ground, Amex Stadium. Both teams seemed prepared as they were all in form. 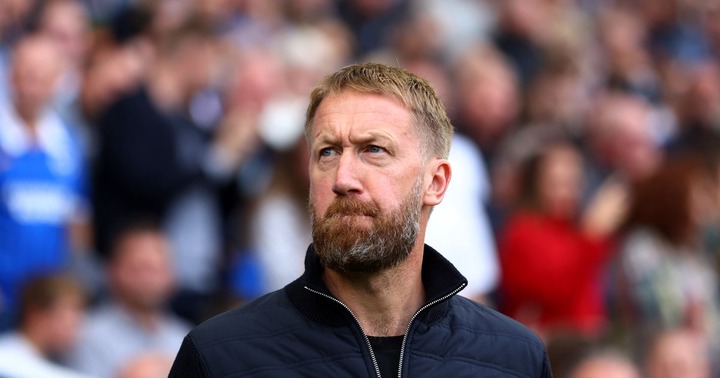 But the blues were in for a shock as it did not take Brighton five minutes before they netted their first goal of the game through Leandro Trossard. 9 minutes later, Ruben Loftus Cheek headed the ball into their own net and Brighton were two goals up. As it was nearing the first half of the game, Trevor Chalobah also scored another own goal in the 42nd minute. At the break, Brighton were three goals up while The Blues had none. 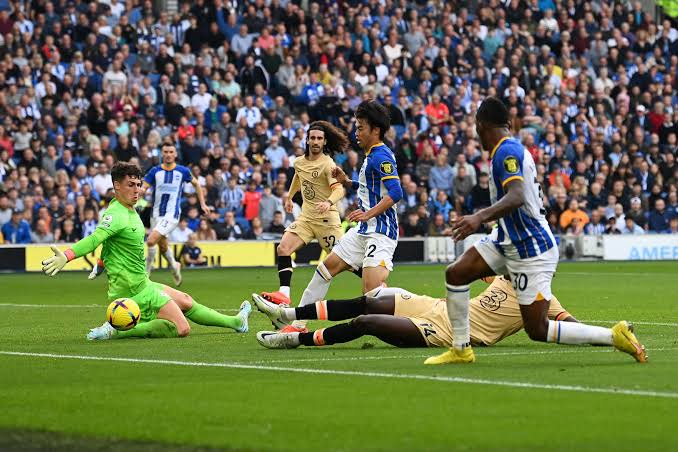 After the break, the Blues made a change at the post as Kepa was sent off. Graham Potter later informed the press that Kepa Arrizabalaga picked up a foot injury, but it is still to early to tell if it serious. Three minutes after the second half began, Kai Havertz headed Chelsea's first goal from a clinical cross by Cobham's graduate Connor Gallagher. The Blues had other attempts but Robert Sanchez could not let any other ball through. As the game was nearing fulltime, Pascal Gross netted the fourth goal and denied Mendy a clean sheet. The game ended Brighton 4 and Chelsea 1. 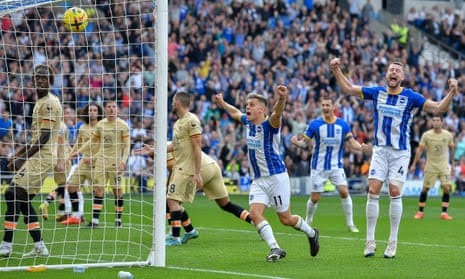 Trevor Chalobah had his own record in which he had never lost a game in which he had been in the starting line up. Today was not a good day for him though as his record streak had to come to an end. He can not point fingers because one of the goals that ruined his record was his.

Graham Potter speaking to BBC Sport" "You have to suffer and feel pain in order to grow and get better. Nobody said we were the finished article. We have to take the pain today and learn from it.

In his post match live conference, he said:"I won't throw the players under the bus at all because they have been brilliant to me"

Content created and supplied by: SportsWhisperer (via Opera News )