By KevinGerry (self meida writer) | 13 days

Champions League hopefuls West Ham will be looking to get back to winning ways in the PL when they head north to take on Burnley at Turf Moor.

While West Ham has had a wonderful season, two successive defeats against Newcastle and Chelsea have dampened the Hammers hopes of a top 4 finish.

Still, just 3 points behind Chelsea, Moyes side has time to close the gap on those above them but face a tough test against a Burnely side buoyed by their thumping 4:0 win Wolves last weekend. A tough fixture to call, this one could finish level with both scoring. Final score 1:1 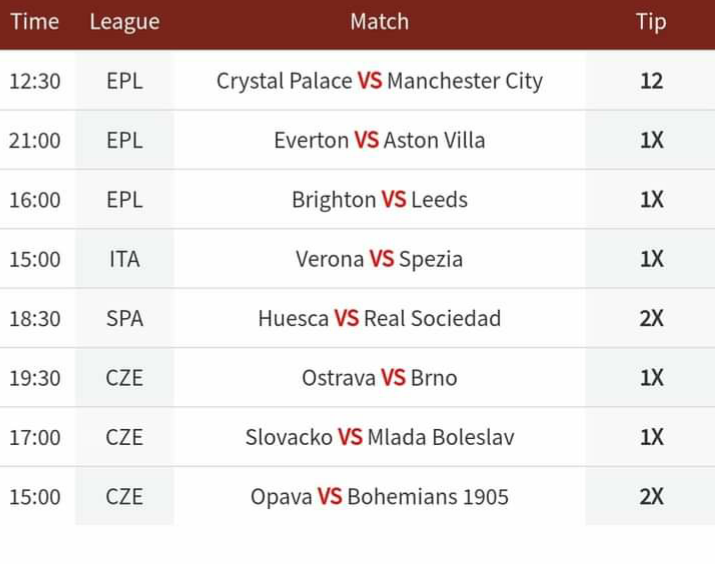 Since losing 2-1 to relegation-threatened Elche on March 6, Julen Lopetegui's Sevilla is unbeaten in nine games (W7, D2) and have strung together five straight La Liga victories for the second time already this year.

In an exciting title race finale, the Rojiblancos still have a big part to play - despite being fourth - as only three points separate them from leaders Atletico after Barcelona were stunned 2-1 at home by Granada overnight.

They can't afford to slip up against a volatile Bilbao side on Monday, with the psychological advantage of playing last compared with their title rivals on MD34. Can their hot streak continue?

Iker Muniain (hamstring) starred during Bilbao's 2-1 win during the reverse fixture but is sidelined here.

Regular fullbacks Yuri Berchiche (muscle) and Ander Capa (knee) are also unavailable, so the odds are stacked against Marcelino's men. A narrow home win is my pick.