By Annnjeri (self meida writer) | 19 days

Arsenal's champions league fate hinges on their europa league exploits and a journey to Spain to face their former boss Unai Emery who currently manages Villarreal will paint a picture of the progress the club have made under Mikel Arteta.

The manager understands their will be no room for errors at the Estadio de la Ceramica on Thursday against a manager who has proven to be a europa league specialist over the years with his success while managing Sevilla where he bagged the trophy on three occasions.

Bernd Leno pulled a clanger against Everton on Friday in a match the gunners will feel they were undone by lack of luck as they had bossed the proceedings for the better part of the match before Leno's own goal. 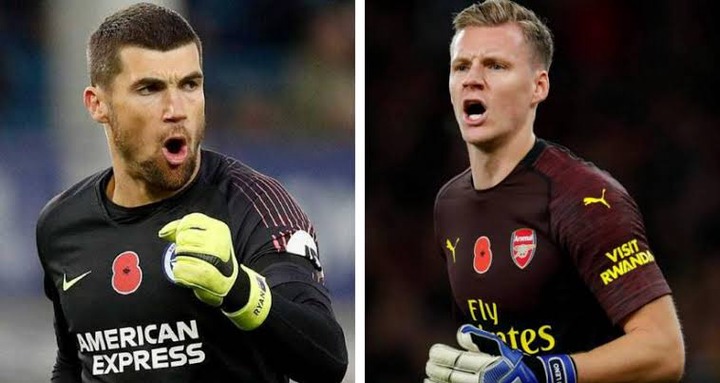 The german has been Arteta's undisputed first choice goalkeeper but his tendency to make an odd error could prove costly should he fail to find his best form against the yellow submarines in the first leg of the semi final.

Australia and Brighton goalkeeper Matt Ryan has made only two appearances for the club and after Leno's own goal,the on loan shot stopper could be buzzing for a chance ahead of Leno between the sticks.

The big question however is whether Mikel Arteta would be willing to drop the former Bayer Leverkusen man Bernd Leno for Matt Ryan who according to sources could be extending his stay at the club beyond his loan deal.