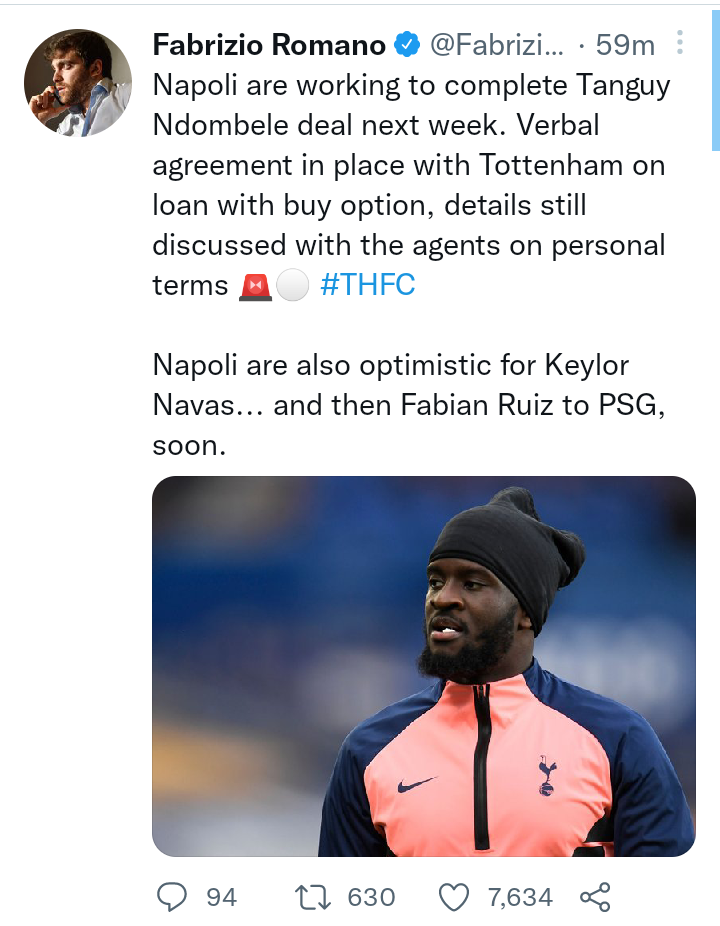 Tottenham and Napoli are currently negotiating the final details of Tanguy Ndombele’s loan transfer to the Serie A after Antonio Conte’s decision to axe the Frenchman from this season’s plans. As per credible sources, Luciano Spalleti’s side are planning on signing the 26 year old on a permanent deal after his €1 Million worth loan spell expires at the end of this season. €30 Million is the agreed transfer fee, but will only be paid if the midfielder plays a specified amount of minutes.

Ndombele has been having a tough time settling in one club, but his agent believes that Napoli could be his permanent home. “Ndombele is confident about Napoli. He has been promised a lot by the club, the terms have been satisfactory so far. The ball is now on his court to deliver what will be required of him.” 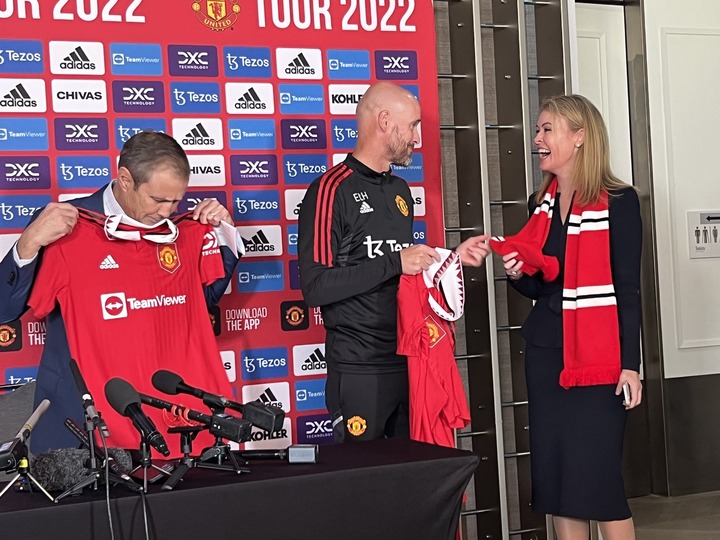 It is worth mentioning that Manchester United were among the few clubs that were chasing after the midfielder. Earlier reports had shown that Erik Ten Hag was skeptical of Ndombele’s possible contribution to the current squad and that effectively threw plans to sign him out the window. It is understood that Ten Hag only wants to sign defensive midfielders, and not midfielders who primarily operate as offensive link ups.

This is not the first time that Ten Hag has turned down a recommended player. A few weeks ago, the Dutch manager instructed his scouts to call off talks with Chelsea target Cesare Casadei because of his little experience. The Italian left back made 3 assists in Atalanta’s opening match of the season, his perfomance contradicting Ten Hag’s assessment of his abilities. 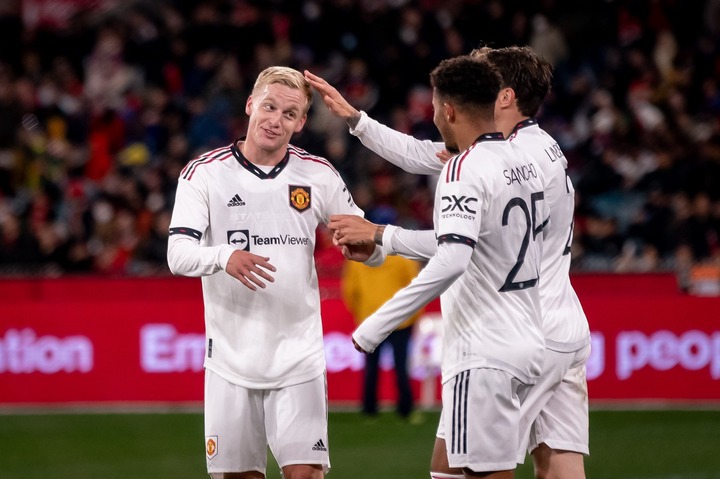 The club is not performing to its full strength at the moment and fans are now asking the club to give less consideration to Ten Hag’s transfer preferences and focus more on players who are attainable. They have explained that the Dutch manager is too picky and his hesitance to sign certain players is becoming detrimental to the club’s perfomance this season. Accordingly, they have asked the club’s football director to be exclusively involved in the scouting and signing of players, less regard should be paid to Ten Hag’s opinion

Why Saying The Novena Will Have Your Impossible Prayers Answered