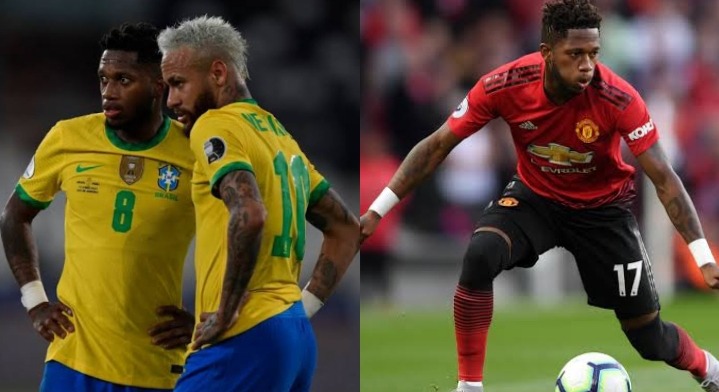 Manchester United's coach Ole Gunnar Solskjaer usually deploys Fred Rodriguez and Scott McTominay in his midfield as defensive players which has always been a very poor decision as the two do struggle to make an impact in their roles.

The poor performances from Fred Rodriguez at Manchester United has always got the player on the wrong side with the fans who have never wanted him near the squad. However, while on international duty with the Brazil national team, Fred is usually a different player who contributes greatly to the team and earns himself huge praise from his perfect performances. 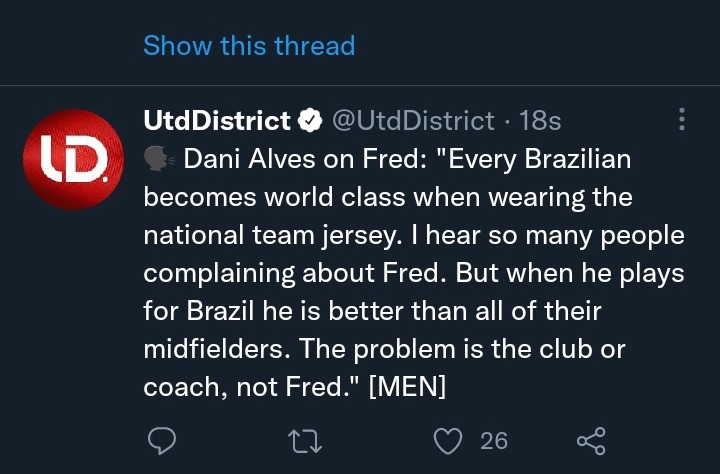 Former Barcelona football club right back Dani Alves has come out to defend his fellow countryman as he reveals what usually goes wrong for Fred Rodriguez when he plays for his club, Manchester United. According to the veteran player, the problem for Fred's woes at Manchester United are alleged to be from the manager or the club.

Dani Alves stated: "Every Brazilian becomes world class when wearing the national team jersey. I hear so many people complaining about Fred. But when he plays for Brazil he is better than all of their midfielders. The problem is the club or coach, not Fred."

This sentiment got Manchester United fans express their reactions with some believing that Ole Gunnar Solskjaer might be the problem as they want to see him off after the poor performances. Take a look: 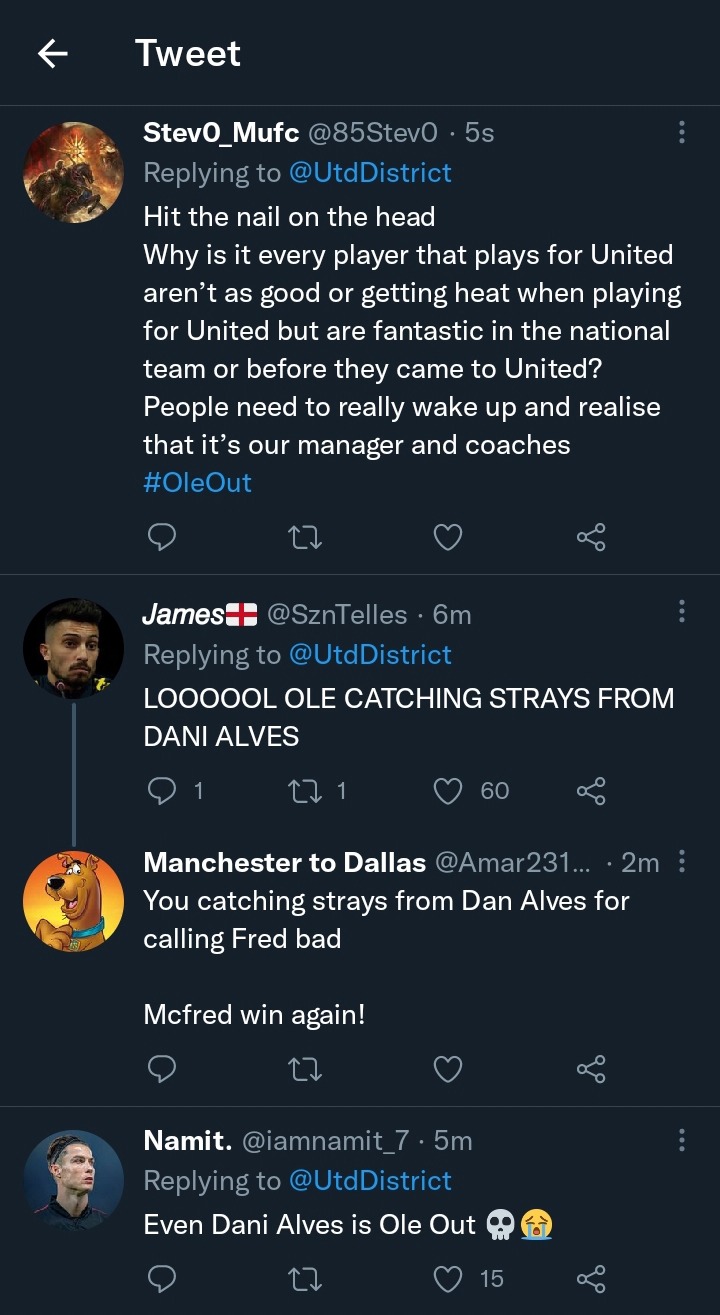 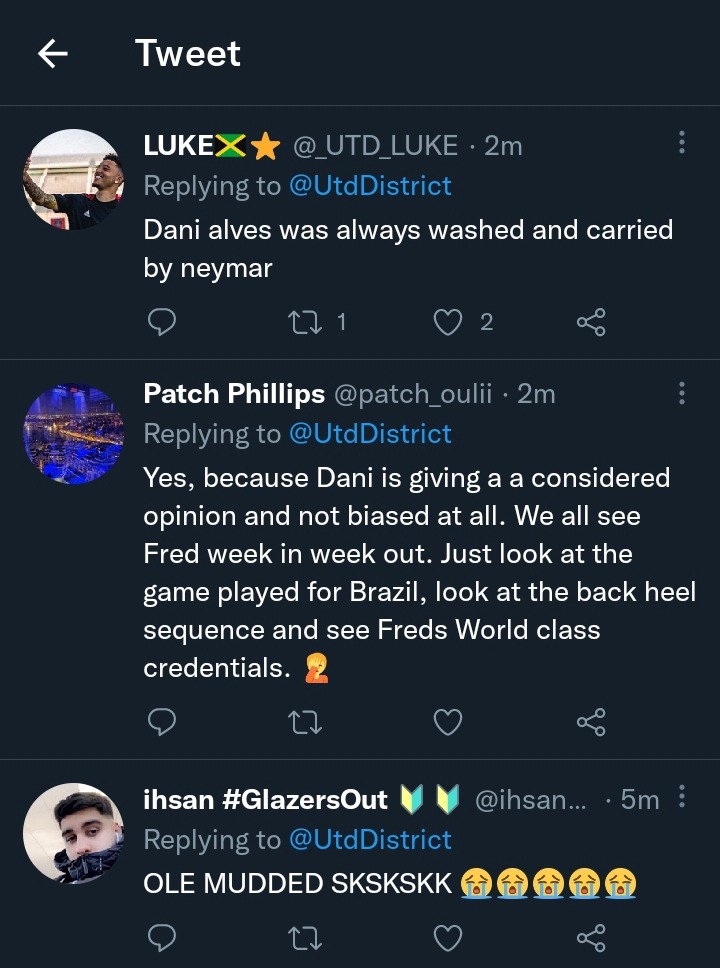 Where does it usually go wrong for Fred while playing for Manchester United?