By Thegreatwritter (self media writer) | 1 month ago

The Gunners rescued a 2-2 draw at home to Crystal Palace with a last-gasp equaliser while Villa threw away a two-goal lead in a 3-2 defeat against Wolves.

Arsenal have failed to kick on from their victory in the north London derby against Tottenham last month and have drawn their two subsequent games. 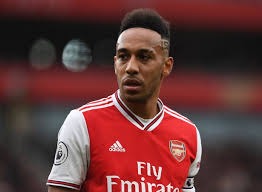 They had to settle for a goallness draw at Brighton before the international break and were fortunate to avoid defeat against Palace when Alexandre Lacazette struck with the last kick of the game.

Pierre-Emerick Aubameyang put Arsenal ahead early on but from then on Palace were the better side as Christian Benteke and Odsonne Edouard struck in the second half to seemingly win the game – only for substitute Lacazette to level at the death.

Arsenal have lost their last three meetings with Villa to nil but Aubameyang is in decent form, scoring in each of his last three home games.

Villa must still be wondering how they lost last weekend when a late collapse allowed Wolves to snatch victory in the midlands derby.

Villa boss Dean Smith said: “At 2-0 up with 10 minutes to go you obviously question the game management and what we have done to enable them to win so many set pieces.

“Unfortunately, we didn’t defend our box well enough from set pieces and we ended up losing a game we should never have lost.

“They had three set pieces, two from corners and we have actually won the first contact but after the second phase we went to sleep a little bit. Whether that was a lack of concentration or not I don’t know.”

More late drama is a possibility here with Villa having scored 10 second-half goals this season compared to just two in the first.