Opinion: How Gatondo Football Club in Nyandarua County is a Successful Team

By Starboey_dann (self meida writer) | 18 days

Gatondo is a football club which was started in the year 1975.The team had no ground to play in and they trained in one players piece of uncultivated land.They played away matches until they got a field in Gatondo primary School after establishment of school.

The team had very many challenges because the school was suspending the players from getting in the field since they termed it as a learning institution but not a playing ground.They settled their differences and the team now started putting it's effort on their performance.The team won it's first regional/Championship trophy in year 2000 which was also qualifications ticket to the premiership.

The team did well in that level and lifted premiership titles three times.The team was recognized best under management of Kibui and the team captainship of Kihoro.Later there was inconveniences in the financing which resulted to the junior team to David Ndun'gu in year 2016 who manages the team up to date.The problem is the major threat.The team have great potential since it was knocked down Marafiki Fc in their home ground. 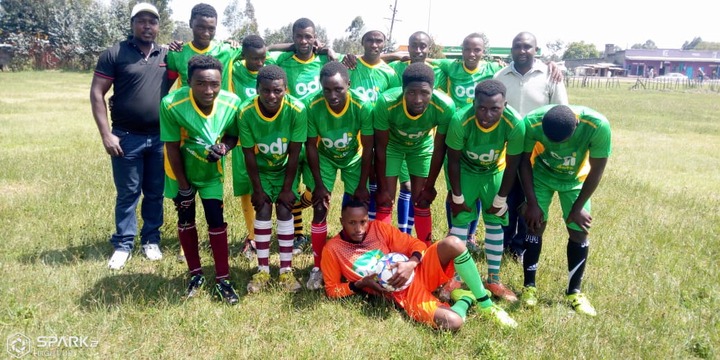 Comedian Mulamwah Reveals That He Spent Ksh 1.3 Million On The Plot Of Land He Purchased In Kitale

Be Prepared, 7 Safaricom Services That Will Be Missing From Saturday Night to Sunday Morning

Kabogo Neutralizes Ruto In Meru, As He Slaps Ruto Supporters With Loads Of Money To Calm Them(Video)