Well, midfielders are said to be the engine of a football team while on the pitch. Midfielders begin attacks and also prevents their team from being attacked. All midfielders do not necessarily play in the same position. There are; attacking midfielders, central midfielders and defensive midfielders. Some of the best known midfielders in the world include Kevin De Bruyne, Paul Pogba, Bruno Fernandez, Joshua Kimmich and N'golo Kante. 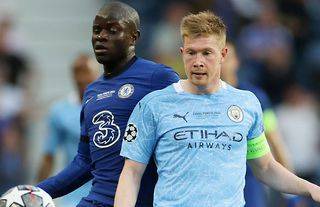 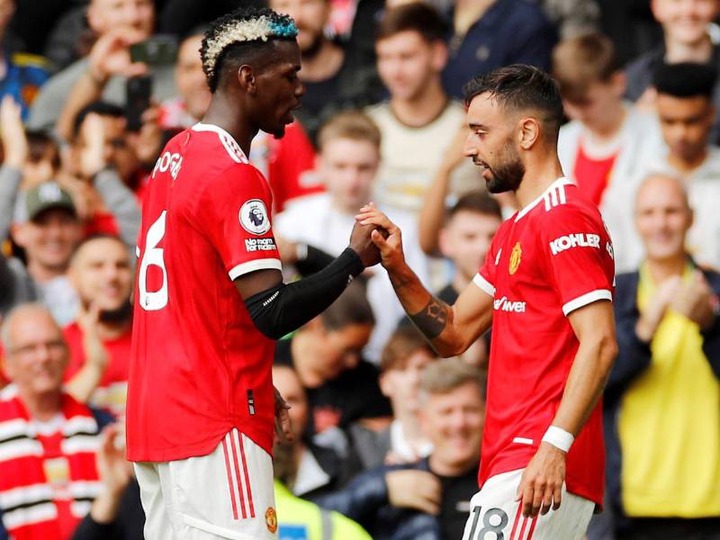 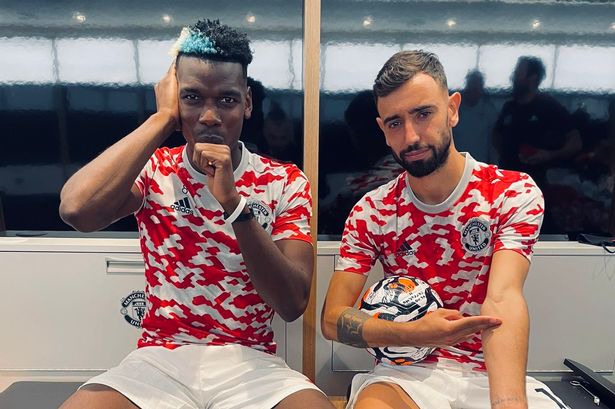 The second best midfielder in the world is Manchester City star Kevin De Bruyne. The third is Jorginho who is closely followed by Paul Pogba. The fifth best midfielder is Marco Verrati who is followed by Joshua Kimmich, Ngolo Kante, Ilkay Gundogan, Leon Goretzka and Marcos Llorente respectively.

Below is the ranking of top ten best midfielders in the world as of 2021: 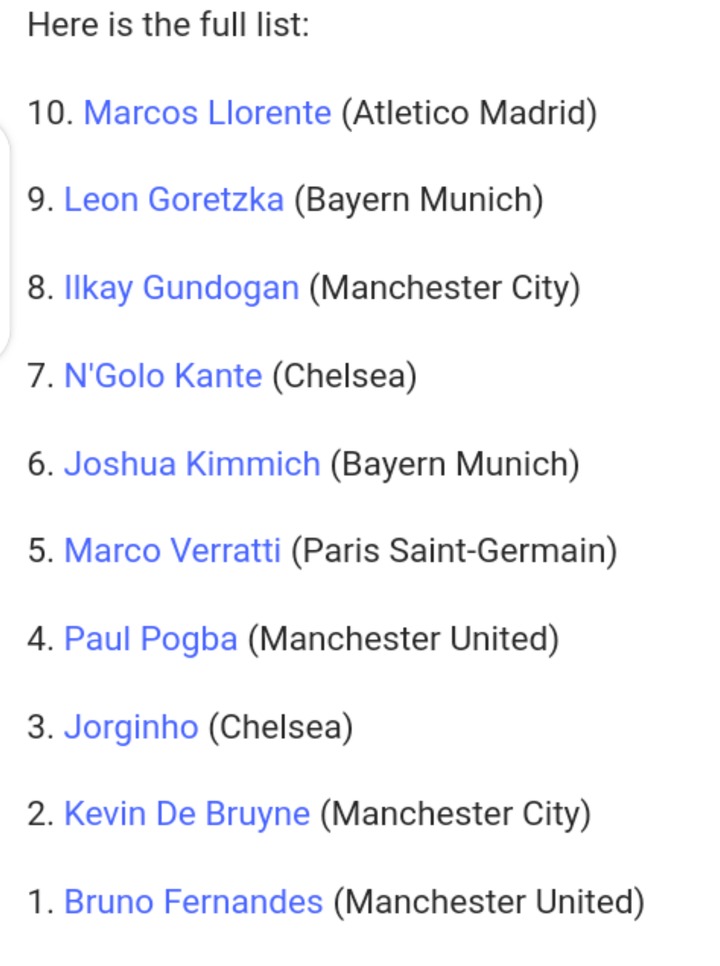