Brazil vs Argentina match stopped over breach of COVID-19 protocols

By TheUltimateBird (self media writer) | 3 months ago The footballing world was treated to a rare spectacle on Sunday night when the match between Brazil and Argentina was called off.Brazilian health officials stormed the pitch causing the game to stop.

Brazilian authorities called for the arrest of 4 Argentinian players plying their trade in the UK who had failed to observe COVID-19 protocols.Argentinian officials protested the move hence trouble ensued.

Lo Celso,Buendia,Martinez and Romero were the players accused to have been at fault.The 4 were supposed to have self-quarantined for 2 weeks before the game which they allegedly failed to comply with.

CONMEBOL,the football federation in-charge of South America,had to call off the game owing to the standoff.It remains to be seen the decision that will be reached after the game was suspended.

According to pundits,the penalty is expected to be heavier on the Brazilians than on their Argentinian counterparts.The three points are expected to be awarded to Argentina. 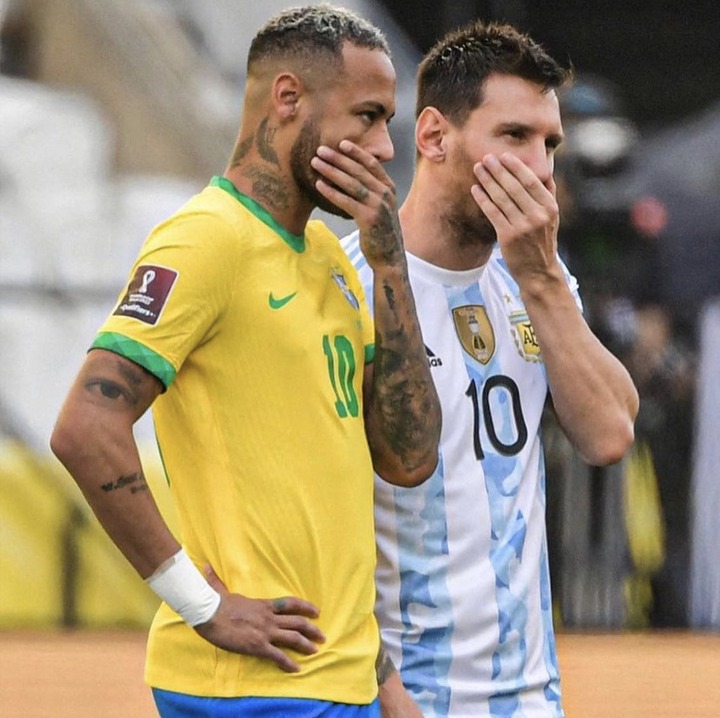 Content created and supplied by: TheUltimateBird (via Opera News )