Newcastle Dampens Arsenal's Hope Of Playing In UEFA Champions League next Season With A 2-0 Win.

Both Newcastle United and Arsenal put up a good fight throughout their match at their home stadium, St. Mary's stadium, which resulted in an intense and entertaining first half of action. Arsenal needed a victory to retake the fourth spot in the English Premier League, but Newcastle didn't make things any easier for them to achieve their goal.

The first half of the match was played to a scoreless tie, which left the attackers on both teams feeling upset since they were unable to score any goals and were forced to settle for a draw.

Both Newcastle United and Arsenal work very hard to break the tie in the game, but all it takes for Newcastle United to score the first goal of the match is for Arsenal's defender Ben White to make a defensive error. This proves to be the game-winning goal, as Newcastle stuns Arsenal in front of their home fans.

Arsenal is currently in fifth place in the table of the English Premier League, but even if they win their last game of the season against Everton, it is possible that it will not be enough for them to win the title since Tottenham just needs a point to win against Norwich City.

After this result, Tottenham Hotspur is currently considered the team most likely to finish in the fourth spot in the table of the English Premier League. 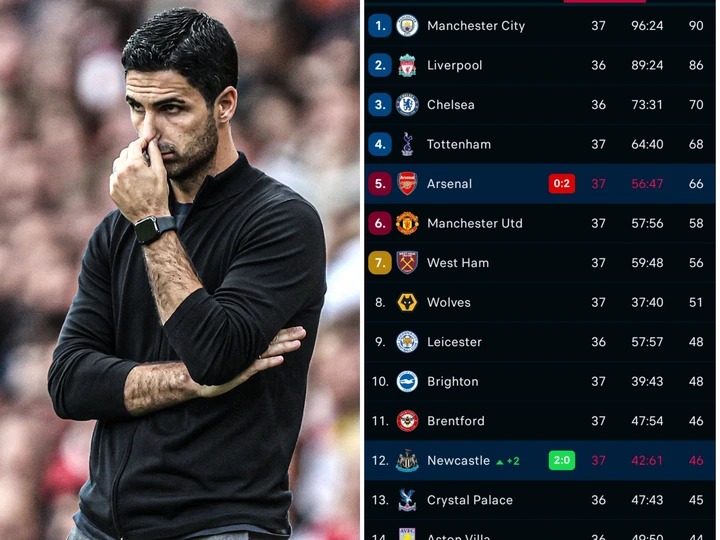