Where Did Anderson Go Wrong? 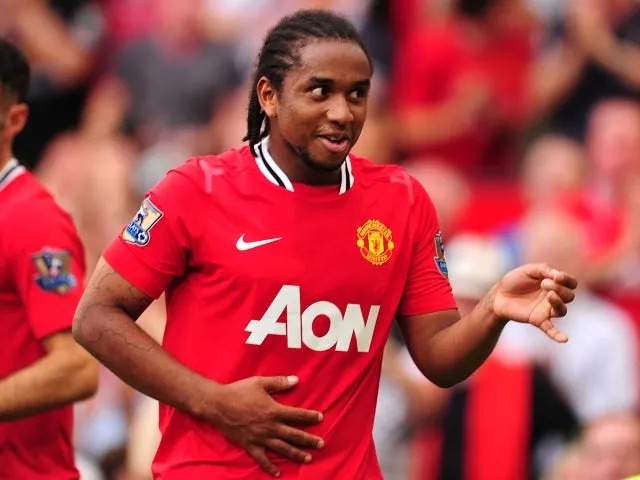 In the middle and later years of Sir Alex Ferguson's glorious reign at Old Trafford, there was a good deal of scouting and signings from the Portuguese league, clearly hoping to unearth some cheap gems as the Glazers tightened their grip on the club.

With Cristiano Ronaldo and Nani joining from Sporting Lisbon and the legendary figure of Bebe also putting pen to paper from the Portuguese league, one export that still resonates with the Red Devils' faithful is the cult hero of Anderson, signed from Porto in the summer of 2007.

Anderson arrived along with Nani with a glowing reputation for being one Portugal's most exciting rising talents, a hype that sadly would only see flashes of being worthwhile during his time in Manchester. The transfer fee itself was certainly hefty for the time standing at around £20 million; a fee that ranks in the top ten of all Sir Alex Ferguson signings, and in the top 20 for all time United signings. Considering he was an inexperienced 20 year old with a fee that stacked up against the likes of Dimitar Berbatov, Ruud Van Nistelrooy, Owen Hargreaves and Michael Carrick, it was some achievement even getting to Old Trafford.

1.A Combination Of Vision And Power.

Seemingly a complete box-to-box midfielder, it's hard to decide whether Anderson was signed as a replacement for someone, or whether it was simply a case of trying to claim one of the world's most promising players. Known in Brazil and Portugal for his vision for a killer through ball and the power to drive an attack forward, Anderson was meant to bring the infamous Brazilian flair to the middle of the park. 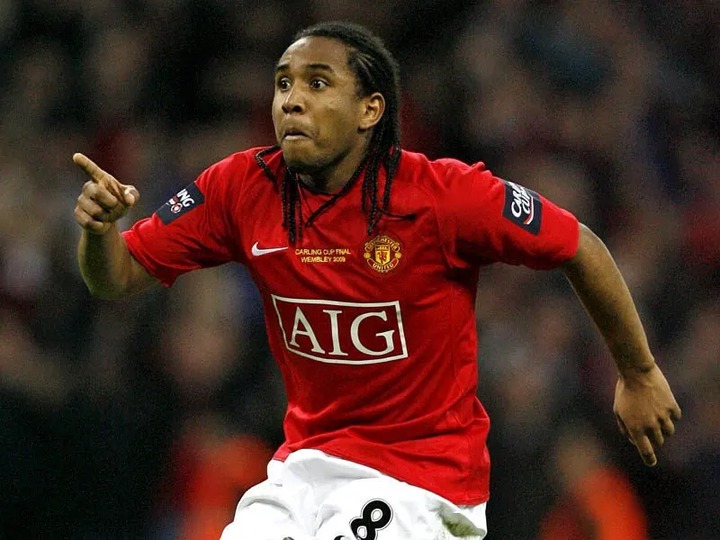 In some respects it might have been easy to think of him in the same bracket you would an early Paul Scholes. Creative, hungry and eager to bring the attack, this should have been a player that brought all the excitement to a team.

As much of a genius as he was, and he was a genius, the one achilles heel Sir Alex Ferguson might have had was his inability to really get the best out of an attacking midfielder. Just like with Juan Sebastian Veron and Shinji Kagawa, Anderson was stifled by being played in a midfield two, rather than at the tip of a trio. Anderson shouldn't be blamed for not being able to flick his entire play style around, and Sir Alex shouldn't be blamed for not dismantling a system that constantly churned out trophies.

Anderson was a victim of a lot of fairly uncontrollable issues during his time at Manchester United. With Anderson, the comparisons to Ronaldinho were understandable at the time, but look ridiculous now.

Perhaps the one thing someone like Cristiano Ronaldo had going for him at the time of his high profile transfer in 2003 was that no one had ever seen someone play like him before. By the time Anderson joined him in Manchester, there was a new level of expectation waiting for him.

Like so many greats of the game, Anderson was certainly an unfortunate victim of the injury game. A broken leg during his time with Porto had left him out for a whopping five months and it's fair to say that his career never really got going to the same extent after that.However, as would become clear with the Brazilian, he didn't exactly help himself...

When you look up a history of football in Brazil, you will find one of the most stunning lists of professional athletes possible to gather. However, you will also find a collection of some of the biggest 'fallen heroes' found anywhere in the world of sport, with a common feature being the infamous Brazilian love for a good party. The likes of Robinho, Adriano and Ronaldinho all had the talent to light up the world of football on their day, however all of them all seemed to struggle with their own personal demons that would go onto impact their game on the pitch.

4.Anderson was no different here.

A fairly injury-prone player at the best of times, Anderson scooped up a bit of an unwelcome reputation for taking noticeably longer getting back to fitness after a period on the sidelines than other players. Not only does that mean you're not on the pitch impacting games in the way your ability entitles you to, it also means your reputation with the manager and the fans takes hit after hit and you fall further down the pecking order.

It should really come to no surprise that Anderson's appearances in a United shirt continued to dwindle after his first season, his best in his seven year stay. Players and commentators both inside and outside the club would comment on Anderson's diet and lack of work rate, with an increasingly impatient fanbase looking for something to justify having the Brazilian in the team for.

Despite failing to live up to the hype once promised of him, Anderson has one heck of a trophy cabinet to show for himself. Along with four Premier League trophies, he also has the ability to say he's scored a crucial penalty in a Champions League final shootout, which he's also won.

It's clear that, despite his personal issues, Sir Alex Ferguson had a lot of time for the Brazilian. Under David Moyes and Louis Van Gaal, managers who felt the pressure far more than Ferguson, it was clear that Anderson was liability neither of which could afford.

Anderson might boast a trophy cabinet that most footballers would be proud of, however he also has the burden of knowing what his true potential was, and knowing how far off it he ended up.

For one final reference, Anderson is just two weeks older than Manchester United midfielder Juan Mata, who has just been offered a new contract by the Red Devils. If Anderson displayed even half the professionalism and dedication shown by the likes of Juan Mata, who knows what heights his undeniable talent might have taken him?