By Nairobi_Leaks (self media writer) | 10 days ago 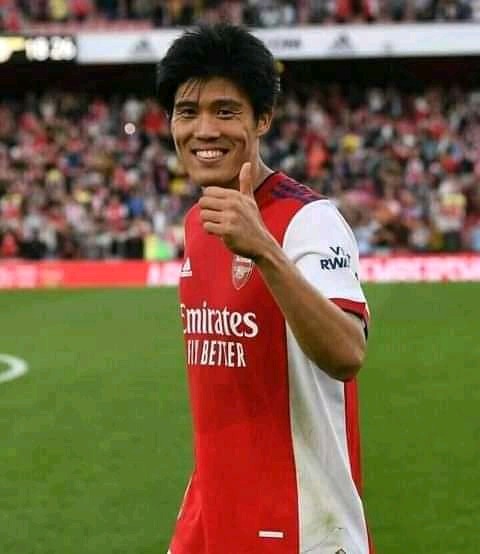 Arsenal have officially announced their player of the month for September.New boy Takehiro Tomiyasu has won the award after a fantastic start to life in London. 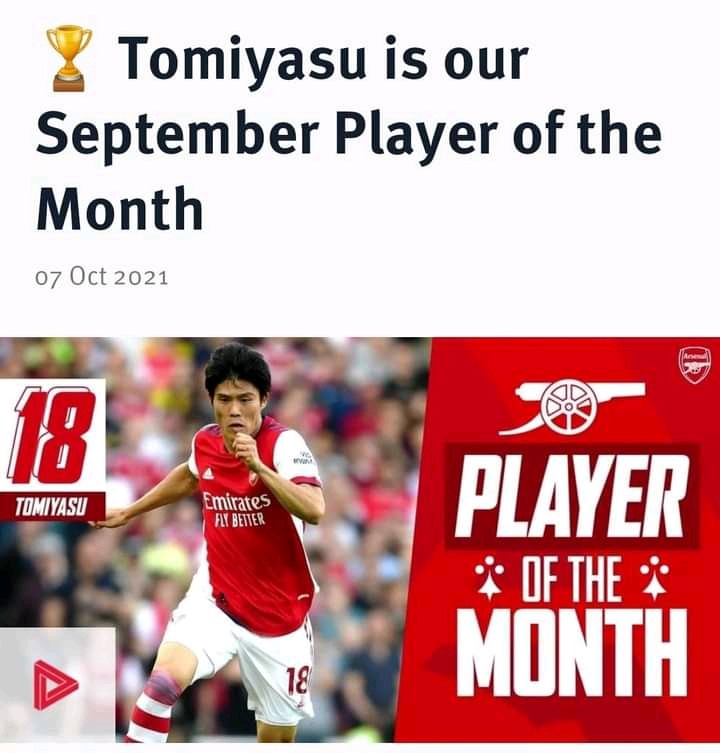 Tomiyasu is one of the deadline day signings that arrived at Arsenal.In his first month at Arsenal, he has seemingly done a lot as compared to what the other right backs, the likes of Bellerin, Cedric and Chambers had done before.

There was competition for player of the month between Tomiyasu, Smith Rowe, Aubameyang and Aaron Ramsdale who many thought would get the award but no.Tomiyasu it is.His positioning has led to the Arsenal backline being solid and hard to beat.In the match between Arsenal and Tottenham,he managed to pocket Son Heung Min for a long time.

His strength in the air is his major selling point and also agility.He has managed three clean sheets in the four matches that he has played this season.Congratulations Tomiyasu