Today Europa Must Win Games To Bank On And Harvest Abundantly

By @vicAnalyst (self meida writer) | 1 months

The following games have been well analysed and predicted to earn you today.

Molde should be much better in attack in the second leg so I am expecting goals tonight.Again am offering a great percentage  both teams to score and the total goals to be over 2.5 .Both teams often score their goals in the second half, so it could be worth a punt backing the second half as the highest scoring half .

Prediction:both teams to score and over 2.5 goals

Manchester United being the second position in the premier league table and Milan in the mid table,we are expecting touch competition between these two teams today . Each team is fighting to get through to the next round so that atleast get salvage because they cannot win their respective leaques.United were disappointed in the last campaign because Milan managed to equalise in added time ,so today they must do whichever possible to beat their opponent .United again have received the like of Pogba ,Van Dar Beek and Edison Cavani from injuries so it is a great boost to their squad.

Arsenal have not been beaten for the last six games in a row despite the fact that the new manager has not gotten his first eleven squad.They are coming into the game with good attitude having beaten Tottenham Hotspurs last week at flying Emirate two to one.I expect arsenal to play their game and shall overcome Olympiacos in terms of ball Olympiacos will have less to do in the game generally even though they are leading in their leque.

Prediction: Arsenal to win the match 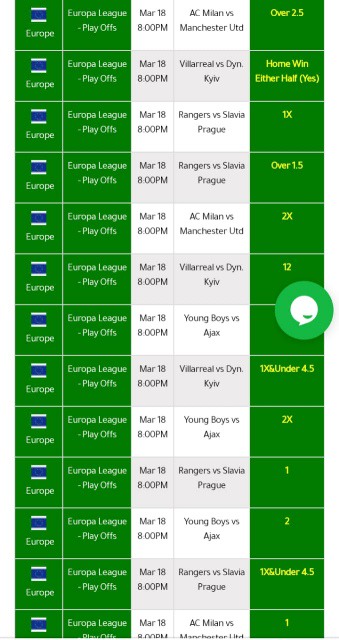