By perismukai (self media writer) | 2 months ago 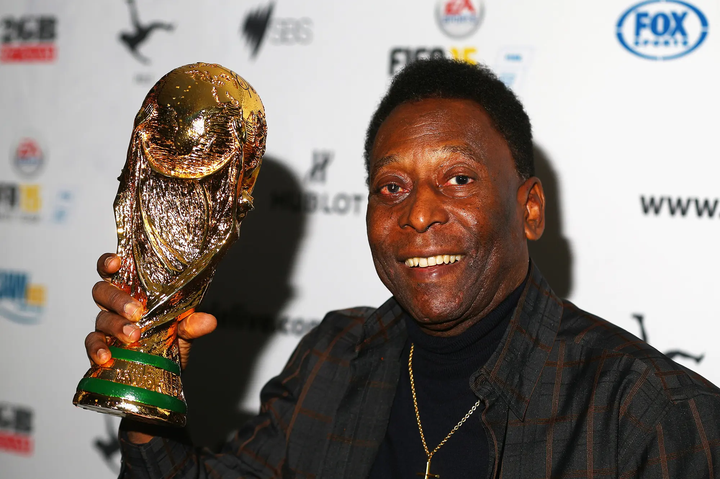 According to several verified reports from Saturday evening, legendary soccer player Pele has been relocated to an end- of- life care unit at a Brazilian treatment center. After being admitted to the hospital on Tuesday for " a reassessment of chemotherapy treatment, " the 82- year- old Brazilian football star recognized as the " King" was diagnosed with a respiratory illness and colon cancer.

According to the Brazilian newspaper Folha, world cup winner Pele has been " moved into palliative care" and is " no longer responding to chemotherapy. " Pele, the football star, was hospitalized in Sao Paulo, with his condition defined as ' worsening' due to his continuing cancer battle. According to a declaration from the Sao Paulo Hospital, the cancer was discovered last year.

According to ESPN Brasil, the 82- year- old, largely viewed as one of the most influential athletes of all time, was admitted to Albert Einstein Hospital after experiencing inflammation " all over his body, " heart problems, and memory problems, as his cancer treatment appeared to be ineffectual. Doctors who evaluated him said he had a heart condition and was ' very restless' once he was taken to the hospital. 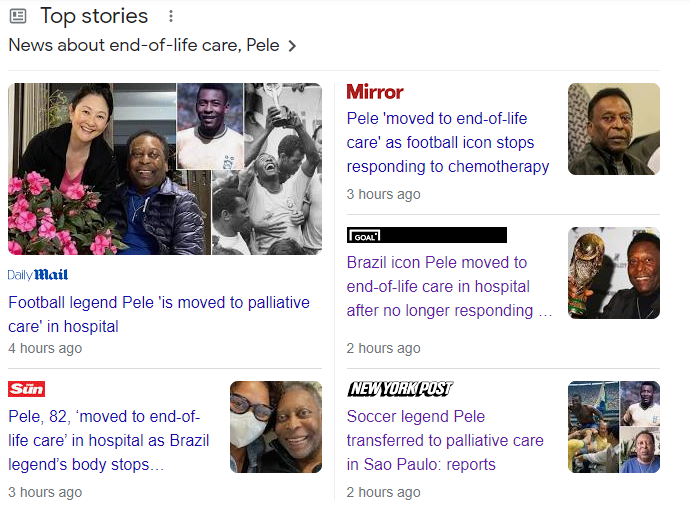 He is also believed to have struggled to nourish himself. Kely Nascimento, Pele' s daughter, gave an update and asserted that there is " no emergency. " " There has been a lot of concern in the media today about my father's health. He is in the hospital adjusting his medication, " Nascimento wrote, " There is no crisis or new dire forecast. I' ll be there for New Year' s and will post pictures. "

Earlier this week, the football legend, whose real identity is Edson Arantes de Nascimento and who helped lead Brazil to three World Cup victories in 1958, 1962, and 1970, convinced his 2. 8 million Twitter followers that he was in a treatment center but starting to feel well after a career homage in Qatar, which is currently conducting the World Cup.

" Friends, I' m in the hospital for my monthly visit, " he tweeted. " It' s always nice to get encouraging messages like this. Thank you, Qatar, and everyone who has been sending me positive vibes! " Share your thoughts in the comments section below and follow for more celebrity news.

Content created and supplied by: perismukai (via Opera News )