By NewtonAgwenge (self media writer) | 6 months ago

Premier League side Everton have gone ahead with their plans and have hence appointed former Liverpool manager Rafael Benitez as their new head coach despite the earlier reported angry reactions from the club's fans who were against the move. 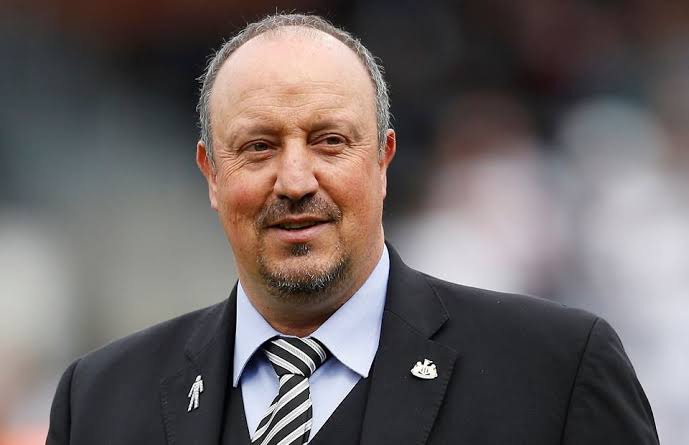 Confirming the appointment of the 61 year old, part of the official statement from the Toffees read: "Everton Football Club can confirm the appointment of Rafael Benitez as the club's new manager. The Spaniard joins the club on a three-year deal and will commence work with the squad when they return to USM Finch Farm for pre-season training from 5 July." 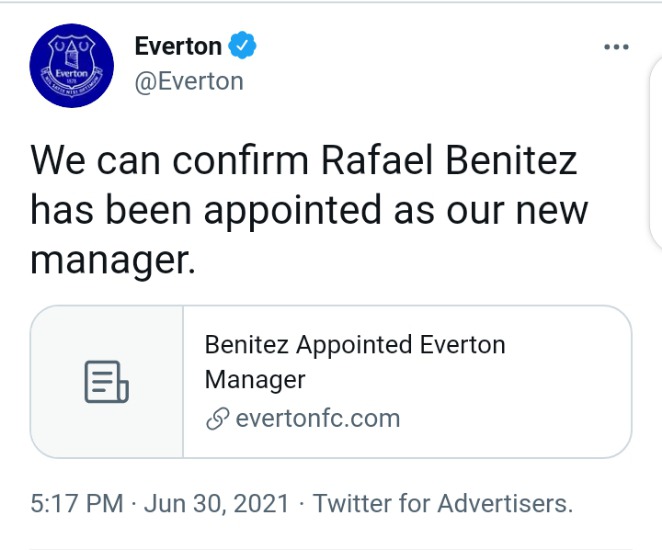 Rafael Benitez had a fantastic spell with Liverpool between 2004 and 2010 which saw him lead the Reds to the UEFA Champions League glory and hence, the Everton fans were against the idea of the Spanish tactician taking over at the Goodison Park due to the Mercyside rivalry between the two clubs. 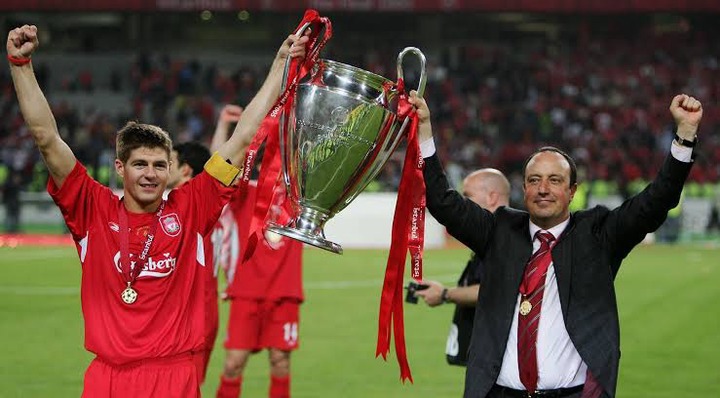 However, the Toffees top brass have decided to go against the fans' demands with them seeing him as the perfect manager to replace Carlo Ancellotti who left the club for La Liga giants Real Madrid some weeks ago.