By Obera (self media writer) | 3 months ago

Callum Hudson-Odoi tells BBC: “I don't know what the future holds. Obviously, at the end of the season I'll go back to Chelsea regardless and we'll see what happens from there”. “That's where I've always been since I was a kid”. 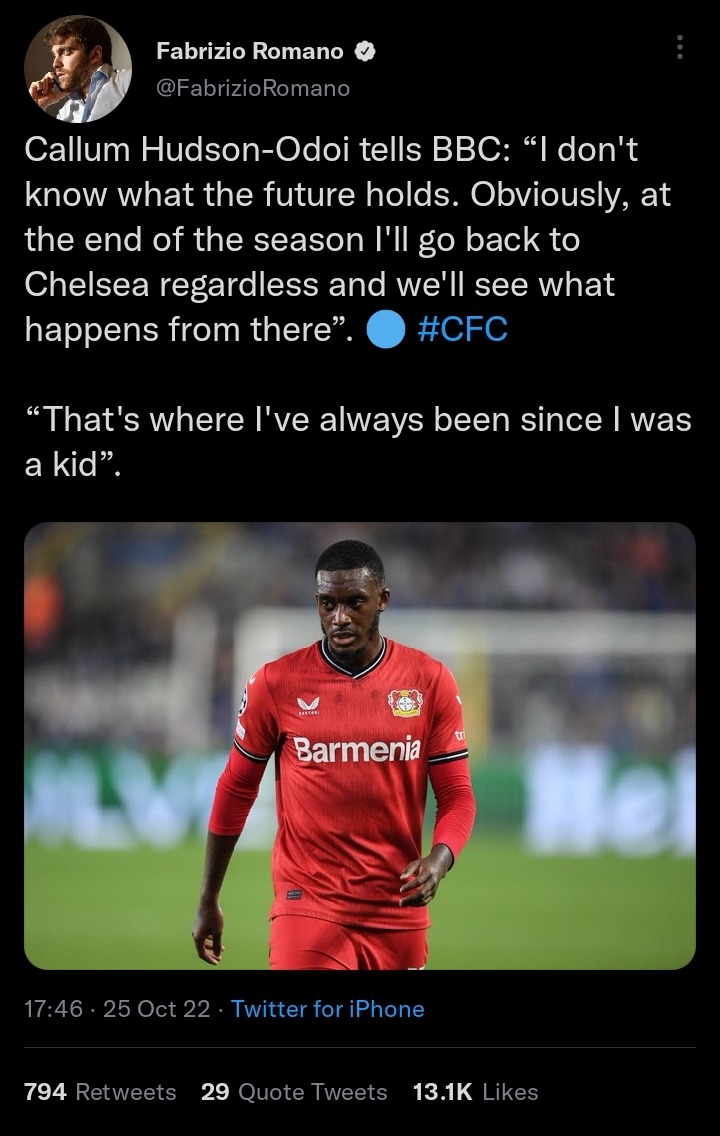 Graham Potter’s tactical execution and good positioning of players is improving each and every week. Chelsea played the game well and dominated Salzburg players in passing possesion and press tactical which gave the visitors advantage of attacking options. Chelsea took the lead in the 22 minutes of play when Mateo Kovacic found the back of host's net with a stunning feet. Kai Havertz doubled for the Blues when Christian Pulisic passed to the German who took a touch before whipping an effort in off the crossbar in the 64th minute of match. 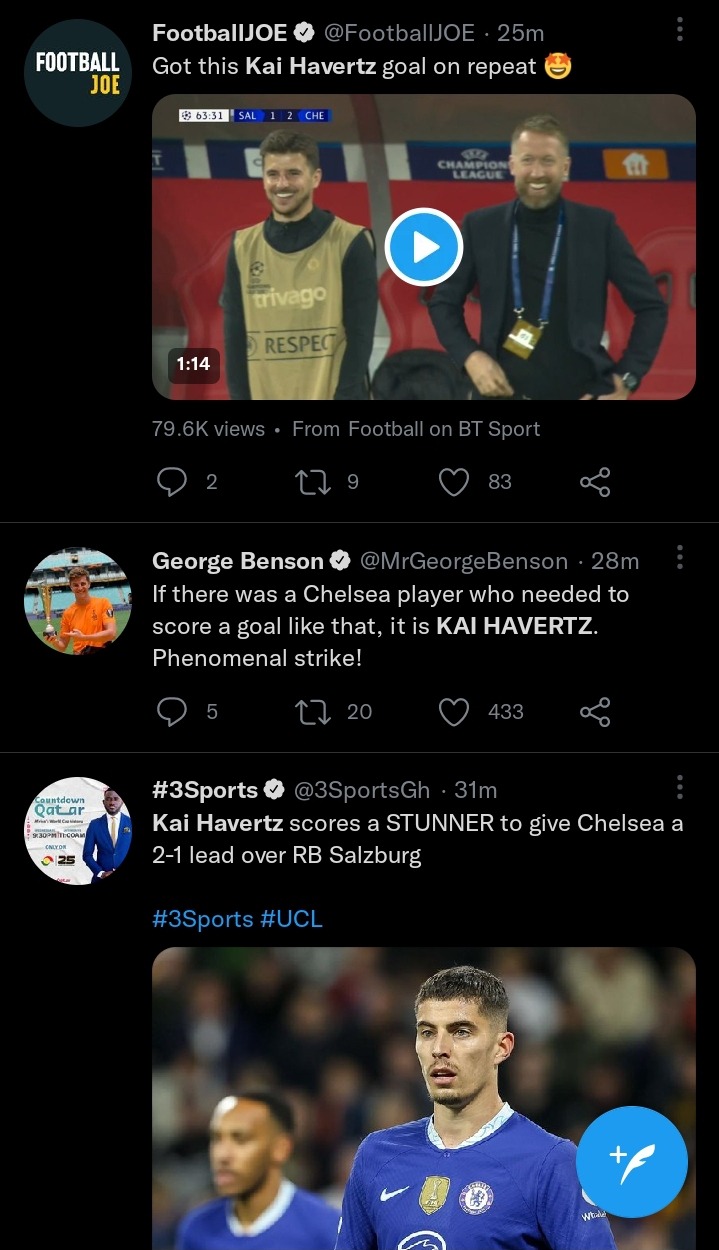 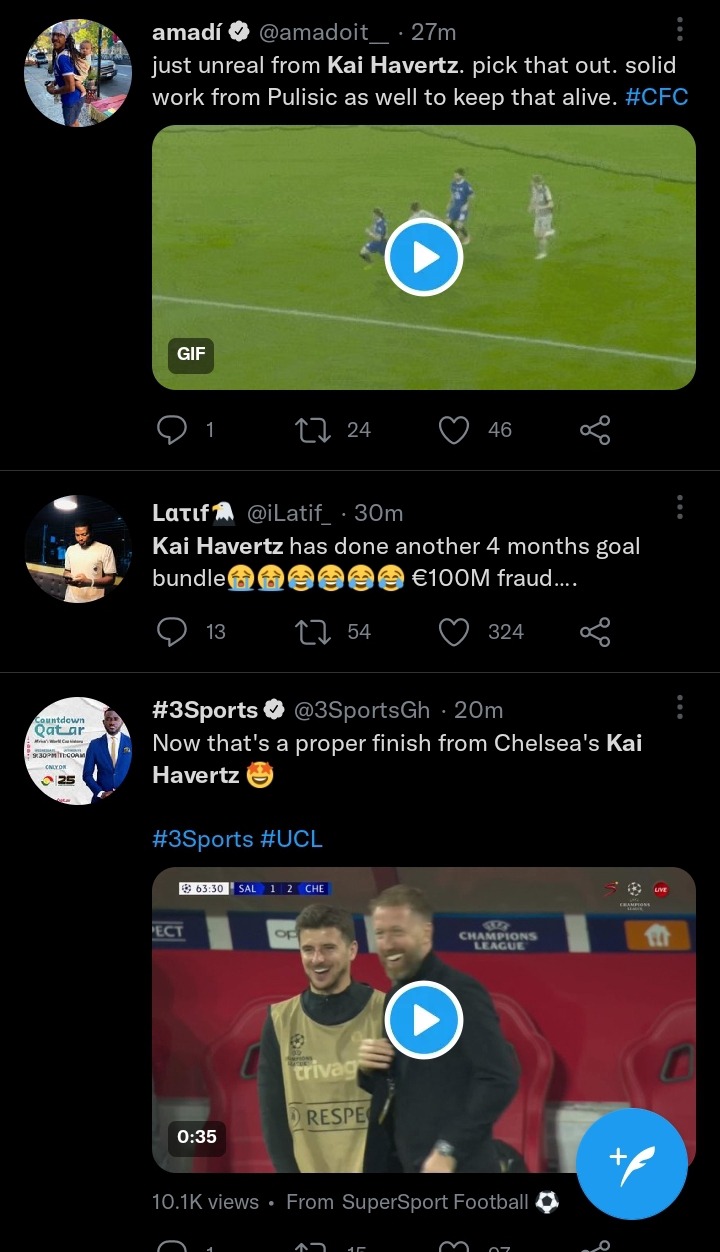 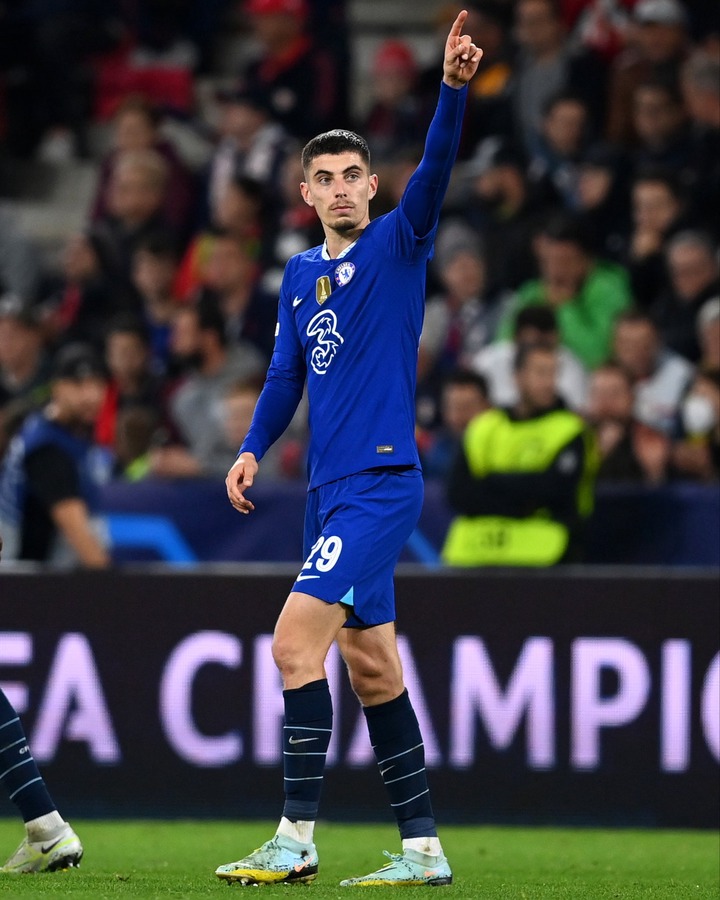 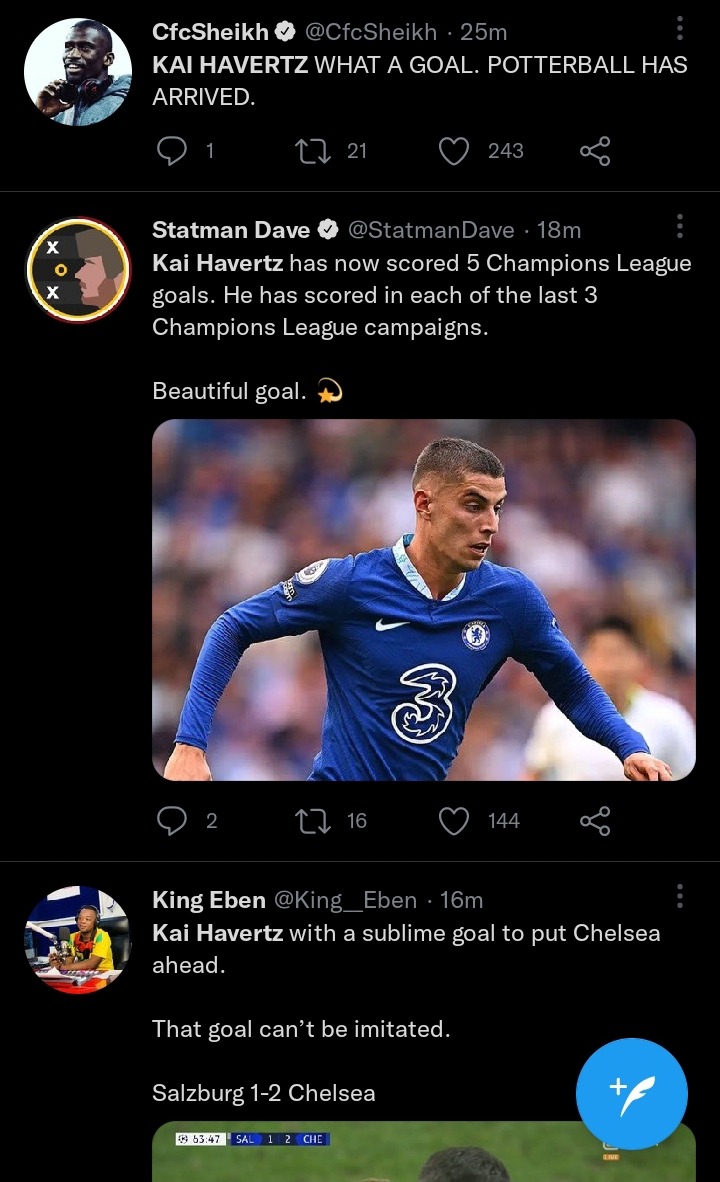 Chelsea fans praised Kai Havertz after he doubled the score for the Blues. They said 'what a goal' and beautiful one from Kai Havertz. They believe Kai Havertz is now a beast in making and he’s one of the best players Chelsea have currently. The match ended Chelsea 2-1 Salzburg. 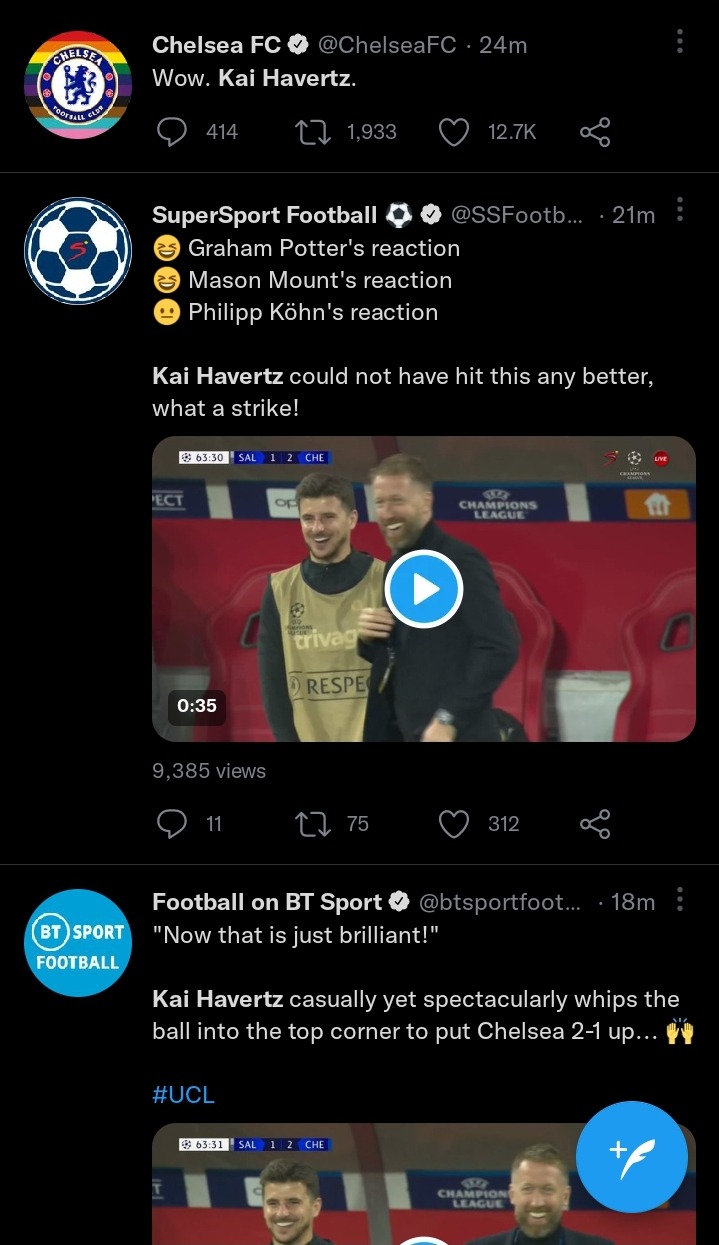 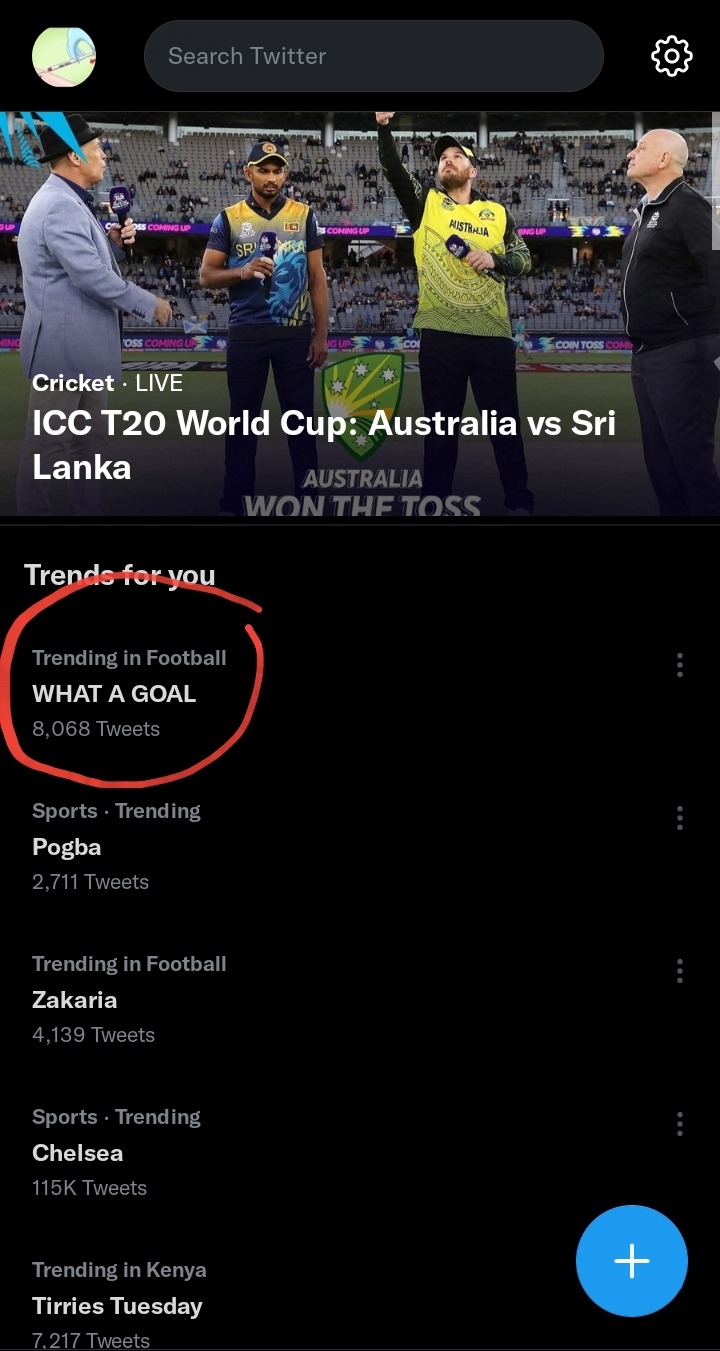 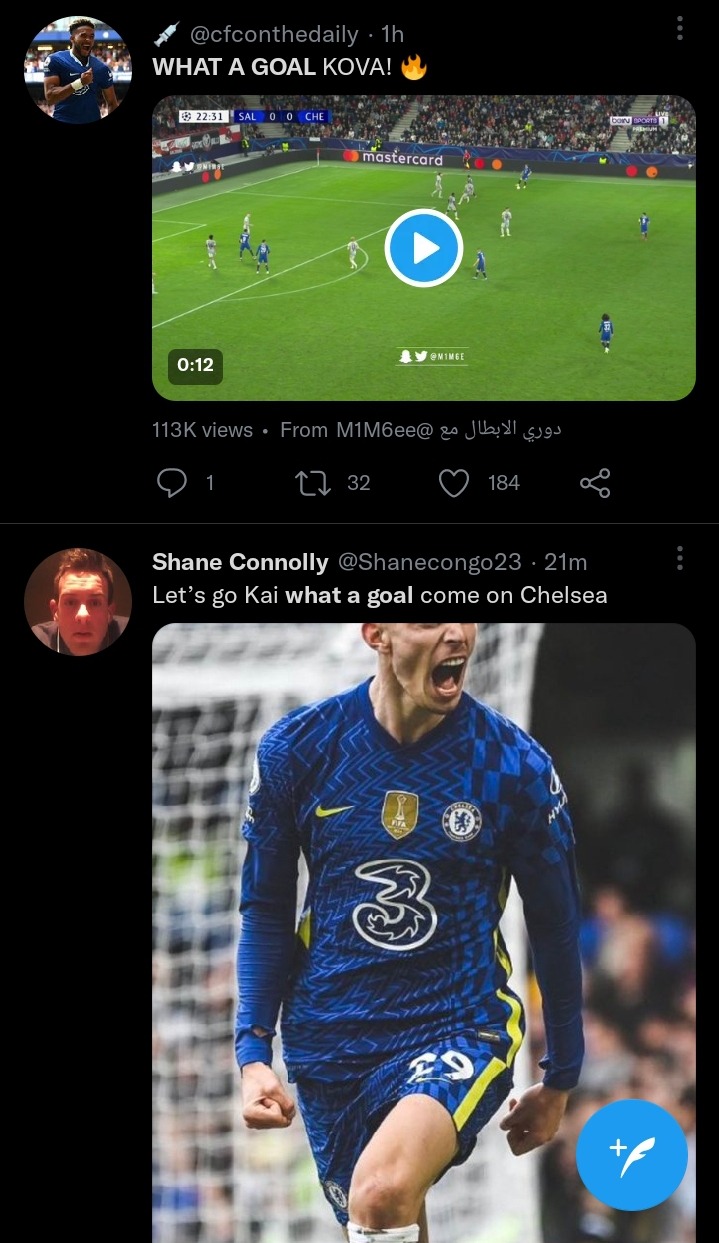 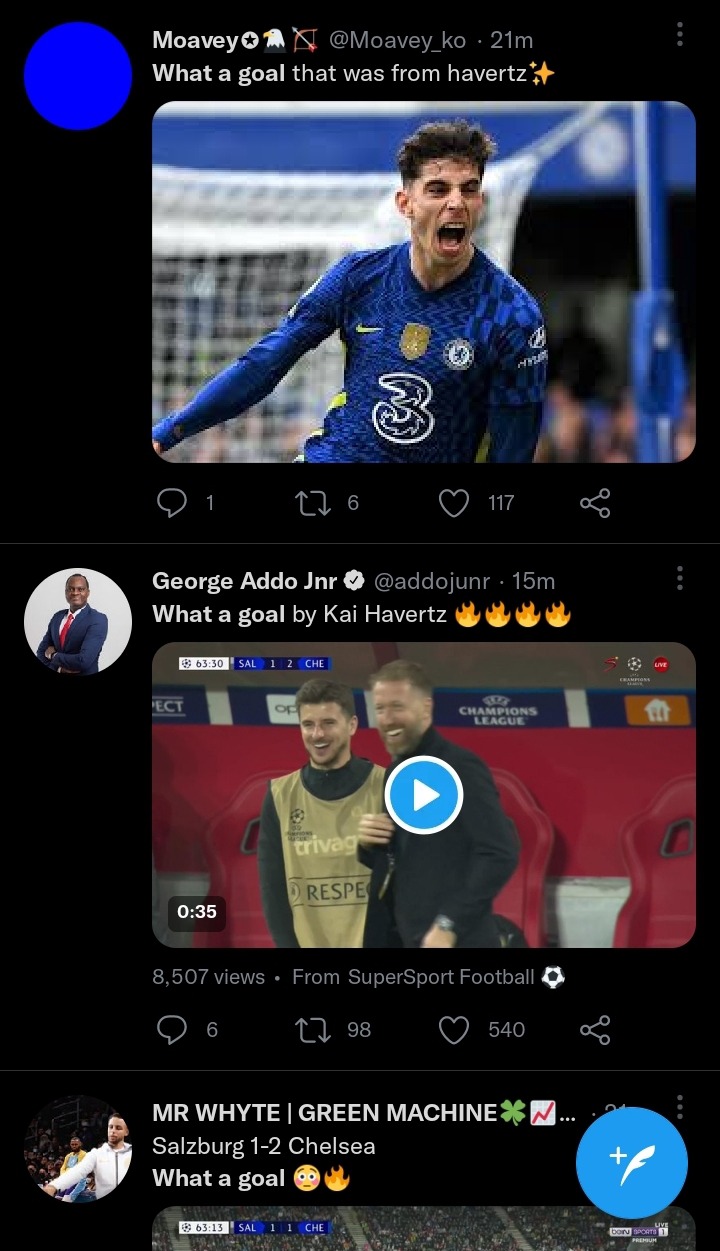 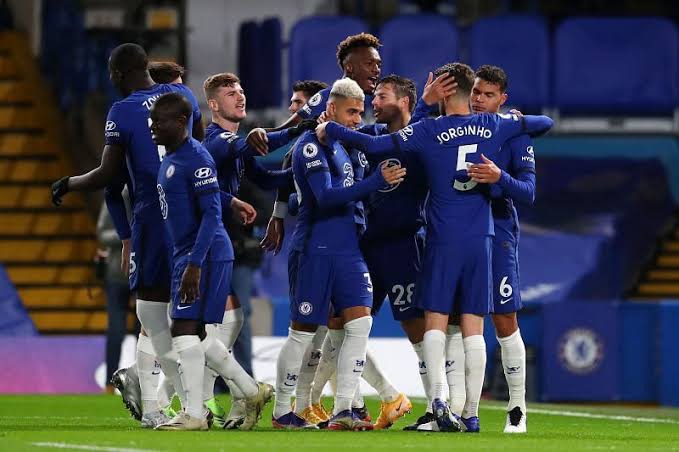