Reasons for Saka, Gabriel and Smith's growth with the Gunners

By Serans_KE (self media writer) | 1 year ago

Saka, Gabriel Martinelli and Smith Rowe graduated to the Arsenal senior team. The three lads are doing incredibly and their contributions are not in vain. They have shown to the whole world that they are capable to fight and even fight more for the gunners.

All the credits should be given to Unai Emery for bringing the lads from the academy to the senior team. 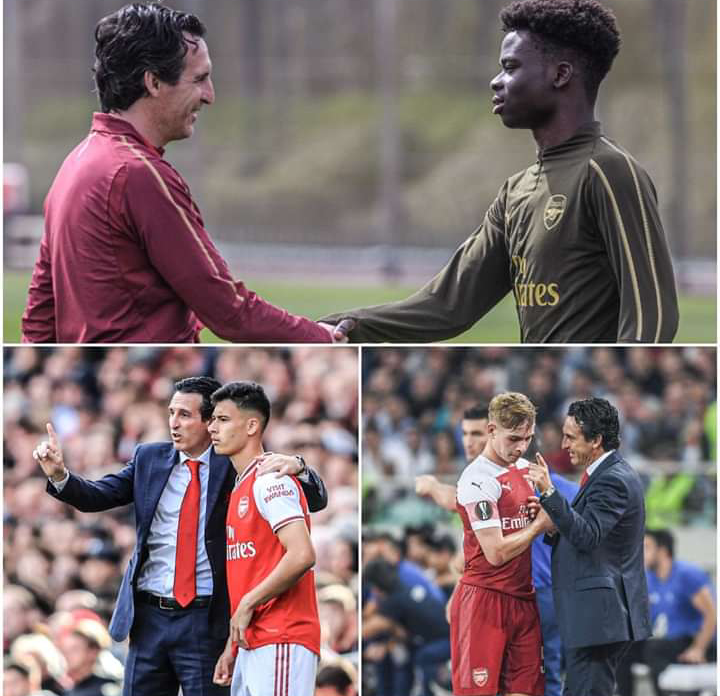 Bukayo Saka has been Arsenal's favorite player for this season being among the best in the league to an extend of being called up for the England national team.

Saka's journey started when Kolasinac and Nacho Monreal were injured and he had to step in as the left back. Although he started it at a very low level, he kept up trying, Xhaka was the man helping him to defend and be comfortable at that position. Upon Monreal's return, he was forced to go forward and that is how he was a star. A wonder kid.

Both Smith and Gabriel have been of great benefit to the club. Both came in as the academy player and they were being used as substitutes and could play the other domestic competitions. Gabriel made himself known to the world the day he scored against Chelsea when Arsenal were down to ten men.

Seven Matches To Bank With A Little Stake

Two Arsenal Stars That Will Ensure the Gunners Emerge Victorious With EPL Trophy.