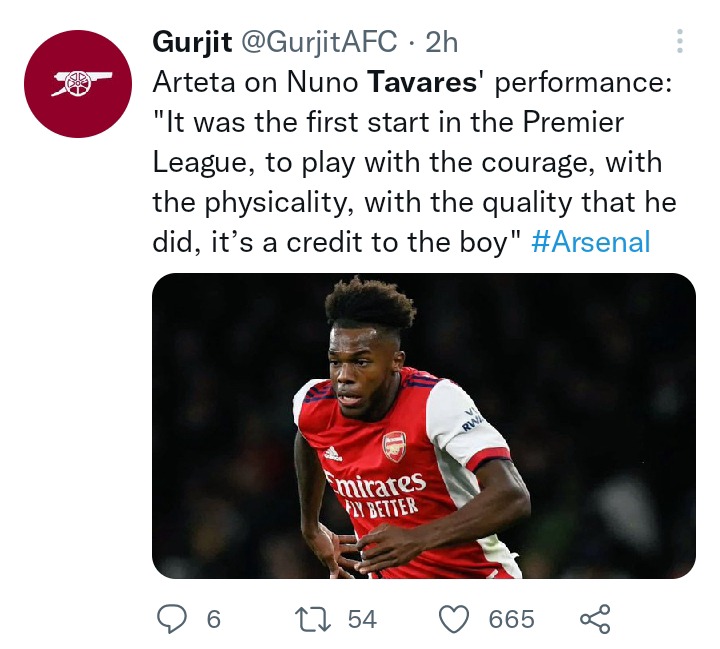 Portuguese Under 21 left back Nuno Tavares made his first full English Premier League debut for the Gunners and what a way to make his presence felt. The defender/winger was omnipresent both offensively and defensively, working in tandem with Emile Smith Rowe on the left-wing. His physicality and stamina were the most commendable as his athleticism to multitask both offensively and defensively proved to be a working factor in Arsenal’s win against Aston Villa.

Mikel Arteta had this to say,” The passion oozing through this boy’s veins is fantastic. He made his debut very easy for himself and his energy levels were consistently up throughout the 90 minutes. That is the kind of mentality I want to nurture in the squad. I was pleased with his performance.” 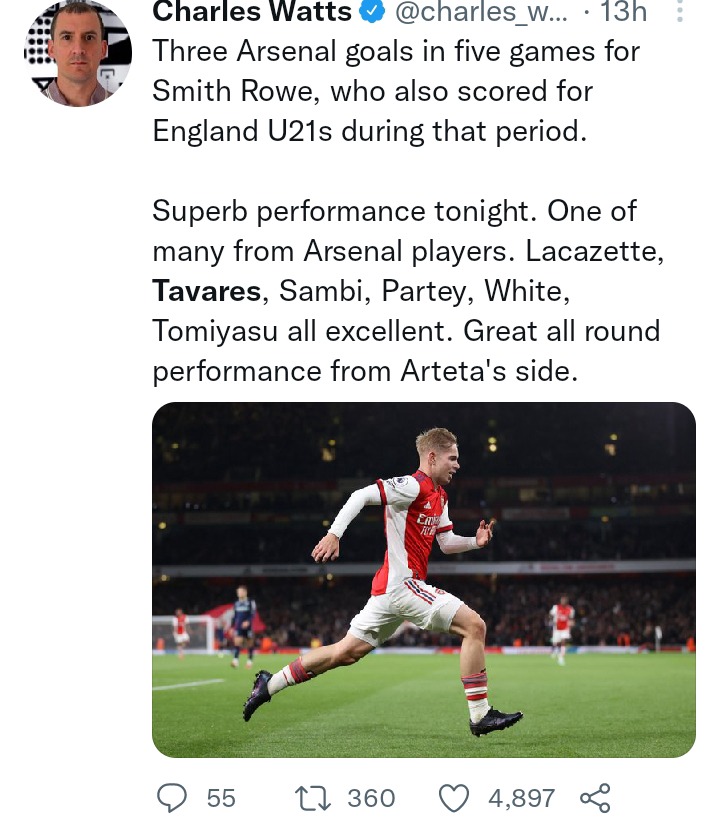 It is beyond a shadow of a doubt that Emile Smith Rowe is outshining Bukayo Saka in the Arsenal squad. According to records, Smith Rowe is the only Arsenal player to have played all the Arsenal EPL fixtures and this is courtesy of his consistent performances and full fitness. Yesterday’s performance was just the tip of the iceberg of what Arsenal fans expect from the young attacker this season.

He seems to have settled in perfectly on the left-wing thereby leaving room for Martin Odegaard in the number 10 role. However, Rowe’s recent displays could easily dislodge Odegaard from the number 10 if need be, a given case being when Arteta needs to recruit an additional winger on the left to enhance the attack. 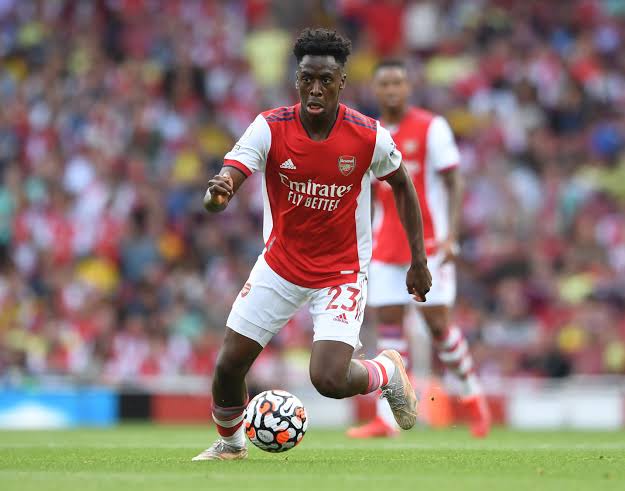 Sambi Lokonga has once again reclaimed the hearts of Arsenal fans after performing superbly last night against Aston Villa. Both him and Partey atoned for their mistakes on Monday and delivered a masterclass perfomance to the Aston Villa players yesterday. A dream duo of the two at the midfield could prove to be a major stepping stone for Mikel Arteta who is aiming to steer Arsenal to glory this season.