Arsenal 3-2 Man U: What Peter Drury Said On Nketiah and Arteta When Arsenal Beat Manchester United.

By Mmeruclassic (self media writer) | 9 days ago

The EPL return matches has commenced with both excitements and frustrations in relation to the results recorded by respective clubs last weekend.

We witnessed several matches, rivalries, like that of Chelsea against Liverpool which recorded a draw of 0 goals.

In this article I'm going to talk about the game which made the weekend to climax in a style of its own. The match played by Arsenal against Manchester united where Arsenal won 3 goals to 2 goals against the visitors Manchester united at the Emirates stadium. 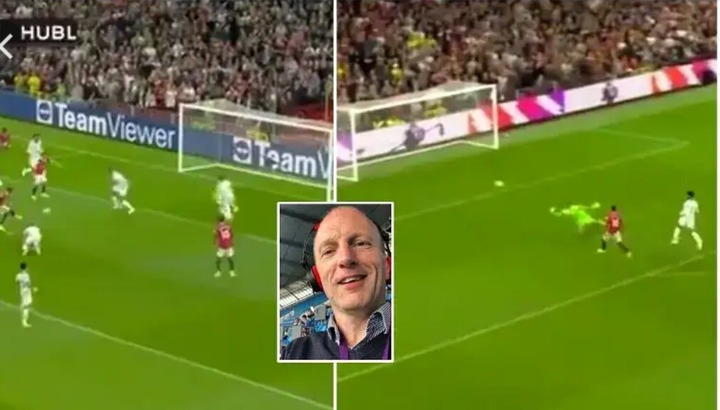 At the 17th minutes of the match, Marcus Rashford scored the first goal for Manchester united and at 24th minute Edward Nketiah scored an equalizing goal and the first half ended with a draw. 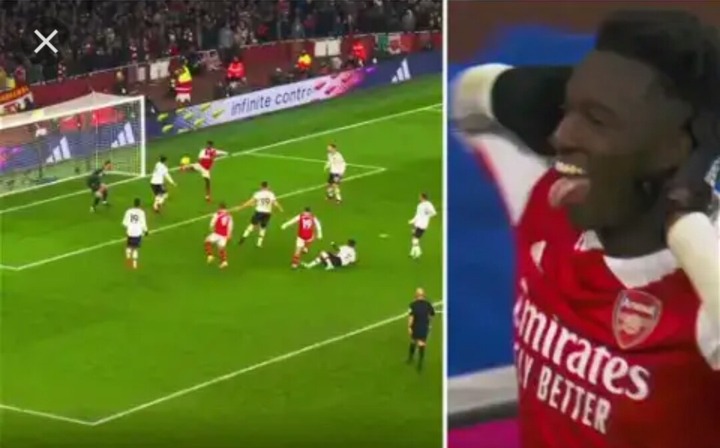 In the second half at 53rd minute Bukayo saka scored the second goal for Arsenal and later at 58th minute lisandro Martinez scored an equalizing goal for Manchester united.

The game was almost over when Edward Nketiah of Arsenal scored the winning goal for Arsenal at the 90th minute giving Arsenal a 3 goals to 2 goals victory against Manchester united.

In a match of higher profile like this it's obvious that the man on the microphone commentating could be none other than Peter Drury.

Drury works with NBC company and he has gained a lot of fame in the world of football due to his prowesses and creativities in the industry as a commentator.

A football fan especially those of EPL knows the sweetness of football if Drury's presence or voice is recognized.

Drury's commentary on Arteta and Nketiah after the final whistle for Arsenal against Manchester united match. 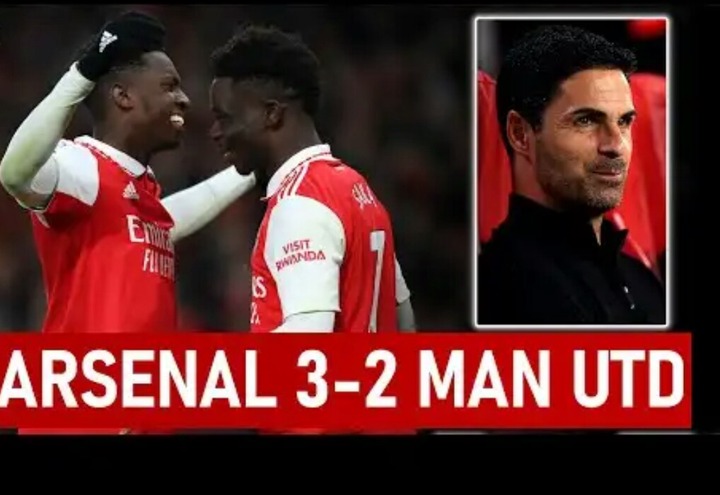 After the final whistle was blown by the referee peter Drury praised and hauled Arsenal for the victory.

Below is what Drury said;

"This could be defining how little one touch from Eddie Nketiah matters. And look at the margin at the top now. Arsenal hit 50 at halfway. 5 points clear of city again and with a game to spare".

" Mikel Arteta's dreams are solidified. Eddie Nketiah's star is rising. Arsenal's belief is ballooning. Their momentum is compelling. Bukayo saka's goal was stunning and this place is bubbling like rarely it has over the course of recent years".

Do you love peter Drury's commentaries?

Is there any other soccer commentator who makes you to aspire football?

Feel free to my with us your response on the comments section below and also follow my page for more updates and interesting articles.

Content created and supplied by: Mmeruclassic (via Opera News )