By PerestheSuperAnalyst (self meida writer) | 7 days

Luton Town should be full of confidence after fighting back from 2-0 down to draw with Blackburn at the weekend, and The Hatters can claim another positive result this Wednesday against a Bristol City side who are without a win in 13 Championship starts at Ashton Gate.

Luton looked down and out at Ewood Park after conceding twice in the opening half an hour, but a brace from Luke Berry, including a 98th minute stoppage time equaliser, earned Nathan Jones’ charges an important point in Lancashire.

The result will have felt like a victory to Town who have won five of their last ten away league games stretching back to last term, including a 2-3 success here against The Robins in April.

The Hatters came out on top in both encounters last term, and we think they warrant support for small stakes to best Bristol again in midweek.

Like Luton, Nigel Pearson’s charges have had a mixed start to the season with eight points on the board from six outings, but they’re still seeking an elusive home win after their goalless stalemate against Preston on Saturday.

The Euro Chpions hosts the Italian giants in the opening group stage match today.The hosts have a very good squad that can win any match,this one included. 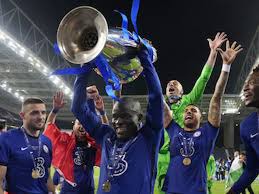