Place on these games and earn huge today

By Thwahirmuid (self meida writer) | 15 days 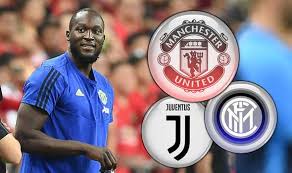 Over 2.5 goals have been scored in five of the last six head-to-heads between these two La Liga rivals. Five of Villarreal's last six matches have seen at least three goals scored, while four of Barcelona's last five fixtures have gone the same way.

Inter Milan haven't lost any of their last 20 encounters with Verona. The Italian giants secured a 2-1 win away at Verona in December and currently top the Serie A table. The visitors have lost five of their last six league games and surely don't stand a chance against Inter Milan.

Juventus owe Fiorentina after they claimed a 3-0 win when the pair went head-to-head in December. Juventus sit 32pts clear of their hosts and have picked up three wins from their last four matches.

Man Utd hammered Leeds 6-2 when the pair locked horns at Old Trafford in December and the Red Devil's away record is so good this season, that they are the favourites to win at Elland road as well. Man Utd have won each of their last five matches in all competitions.

Content created and supplied by: Thwahirmuid (via Opera News )

Tips To Place on and Earn Good Cash in Today's Fixture

Chelsea's Key Player Should Be 100% In The Premier League Team Of The Season (Opinion).

Arsenal is Considering Xhaka Swap Deal For This Bundesliga Star

Reasons Why Fans Of These Clubs Should Always Boast This Season

Nine(9)Matches With Over 2.5Goals And GG To Bank On This Tuesday 11th May