William Saliba is currently in talks with Arsenal agents over a potential contract extension this season. The French defender could leave the club as a free agent in the summer if he fails to agree on terms with Arsenal over a new deal. Although this seems far fetched, it could turn out to be the case because Arsenal have shown that they cannot be allowed to be taken hostage in negotiations for copious figures demanded by players as was seen in Mudryk’s transfer.

“My agent is in talks with Arsenal over a new contract and I am more than happy. I know a number of clubs are after me but I have chosen to prioritize Arsenal where I feel much comfortable. The manager has been very supportive this season and I believe I can achieve a lot this season under Arteta, “ said the French defender. 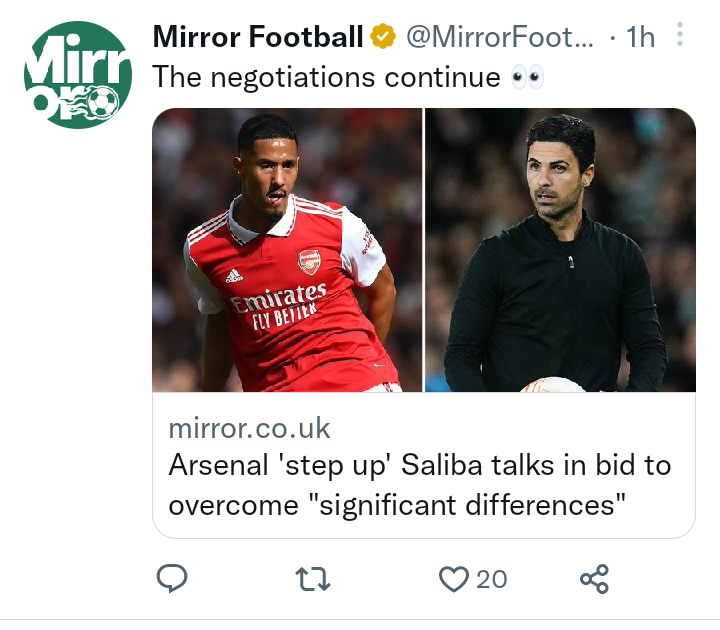 Screenshot: William Saliba is in talks with Arsenal agents for new contract terms

As seen above, Saliba has hinted that a number of clubs have already shown interest in signing him, and if they can manage to get him for free, it would be a huge loss to Arsenal. The reason for the slow negotiations is that the defender wants a weekly salary of 200k per week which he feels commensurates what he offers to the club. Arteta and Edu however feel that although Saliba is important in the club, it is only his first season so the club cannot get carried away in negotiations. 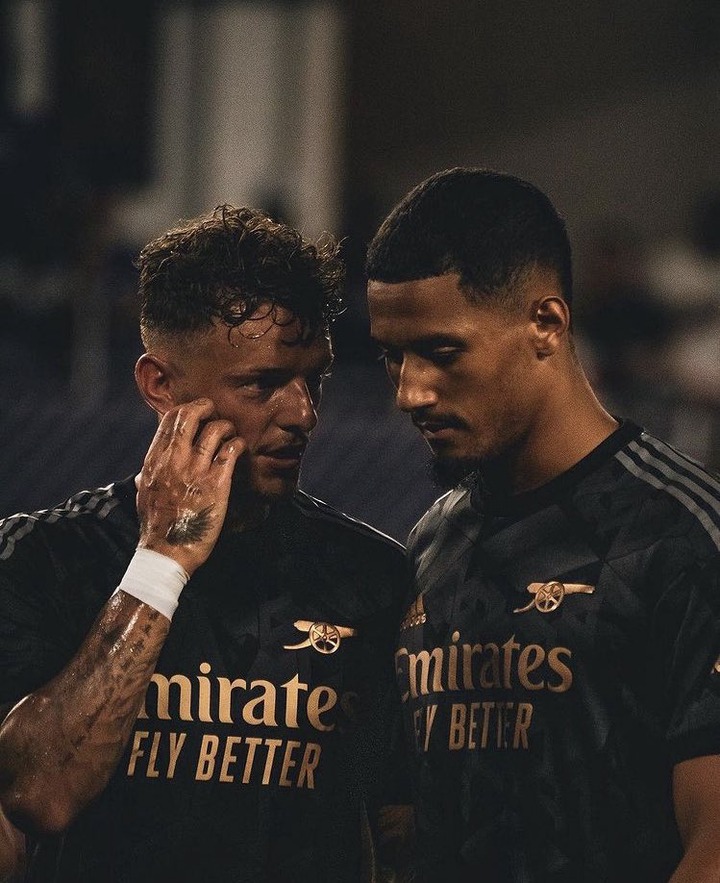 William Saliba has been an integral part of Arsenal’s success this season. (Image: Courtesy of Google)

Arsenal need to be very cautious with how they deal with Saliba because he is very delicate. It is noteworthy to mention that Arsenal wasted 4/5 years of Saliba’s contract with loans to the French League and therefore the defender has enough reasons to snub Arsenal with no regret. Although €200k seems a bit excessive in my opinion, Arsenal could do it the Chelsea way by making the player sign an 8 year contract or something close to that. 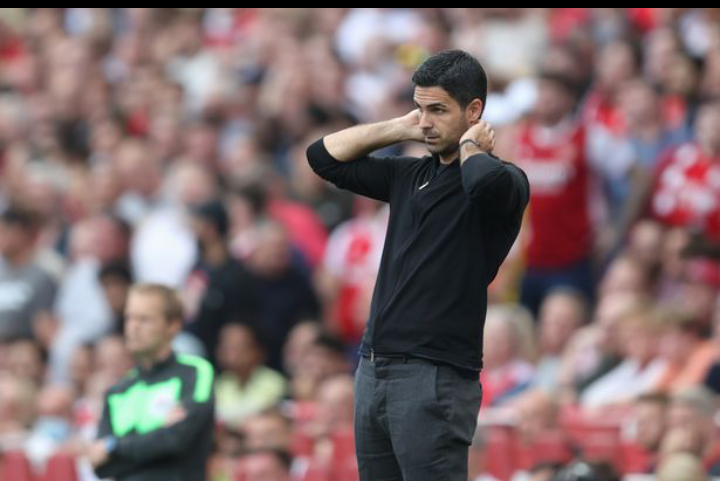 Mikel Arteta has been full of praises regarding William Saliba this season. (Image: Courtesy of Google)

The role Saliba has played for Arsenal this season cannot be understated. He has been very consistent except in a few matches where he made avoidable mistakes but fortunately he has learned from them. If he manages to be fit for the remainder of the season, there is no reason why Arsenal should not lift the league trophy this season.