By SmartWritter (self meida writer) | 28 days

Manchester United set a new all-time unbeaten record for consecutive away games in the English top-flight without defeat, breaking Arsenal’s 2003/04 ‘Invincibles’ record, moving to 28 after a hard-fought 1-0 win against Wolves at Molineux.

Wolves exploded out of the traps at Molineux in their customary attacking mantra, as the main protagonist Adama Traoré, introduced debutant Raphaël Varane to the Premier League, supplying Raúl Jiménez, whose cross-shot was nimbly kept out by David De Gea at his near post. Francisco Trincão was then denied his first Wolverhampton Wanderers goal by Aaron Wan-Bissaka’s breathtaking goal-line clearance, after the Portuguese international, on loan from Barcelona, had left Fred on the Molineux turf, with an interchange of acceleration and skill. On Ole Gunnar Solskjær’s 100th appearance in charge, Manchester United failed to record a shot on target in the first half and could count themselves lucky not to be going into HT at least one goal down, after Wolves' dominant display. 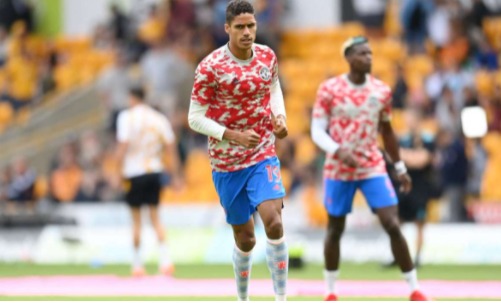 Wolves continued their commanding approach in front of a sold-out Molineux in the second half with Trincão inexplicably spurning a golden opportunity from a delicious Traoré delivery. De Gea then produced a breathtaking double-save, denying Romain Saiss, not once, but twice, initially smothering the Moroccon captain’s close-range strike, before sensationally responding to avert the follow-up effort.

But Wolves were left heartbroken when Mason Greenwood sent the travelling support into raptures as José Sá allowed the United attacker’s shot to squirm underneath his body into the bottom left-hand corner. Wolves were left enraged at referee Mike Dean, who allowed play to continue when Rúben Neves was seemingly fouled in the build-up. 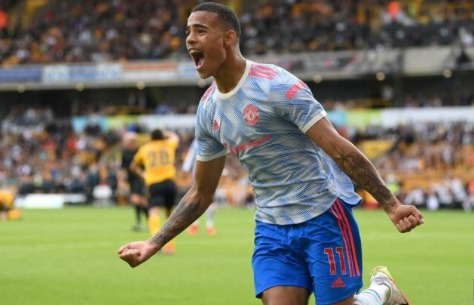 Only one previous Manchester United manager has won more games in their opening century than Ole Gunnar Solskjær, and with the return of Cristiano Ronaldo, competing for the Premier League title looks to be on the horizon. Defeat leaves Wolverhampton Wanderers without a goal in the Premier League this season and currently occupying the relegation zone going into the international break.

Content created and supplied by: SmartWritter (via Opera News )

Things You Should Never Do When Doing Your Shopping

Kenyans React To The Latest Photo Of Kuria On Facebook