" His Contract Is Yet To Be Terminated" says Marina Granovskaia

By Tanuikipz (self media writer) | 2 months ago

Chelsea club's director Marina Granovskaia has today deliver her verdict concerning Saul Niquez future at Stamford Bridge according to the reports. Saul Niquez is an Atletico Madrid's midfielder who joined Chelsea September on loan with an option to seal his move permanently. Marina Granovskaia has deliver bad news to him after claiming that they may release him on January.

"His time at Chelsea has been best to all of us however I bring to your attention that we might release him on January" says Marina Granovskaia according to the England Sky Sports News today morning.

Recently, Thomas Tuchel claimed that he won't rely on Saul Niquez and that's why he prefers both Barkley and Loftus Cheek ahead of him. Marina Granovskaia says that they are ready to release Saul Niquez back to his club on January. She claimed that Saul may not get a chance to penetrate into Tuchel's squad and therefore may release him.

"I know how good Saul was but he has failed to adapt to his colleagues playing styles. His club wants him and we will release him according to their demands" says Marina Granovskaia according to the England Sky Sports News today morning. 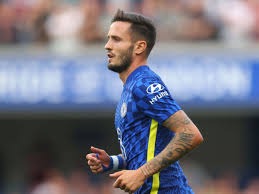 Content created and supplied by: Tanuikipz (via Opera News )