By Sports_Blow (self meida writer) | 1 months 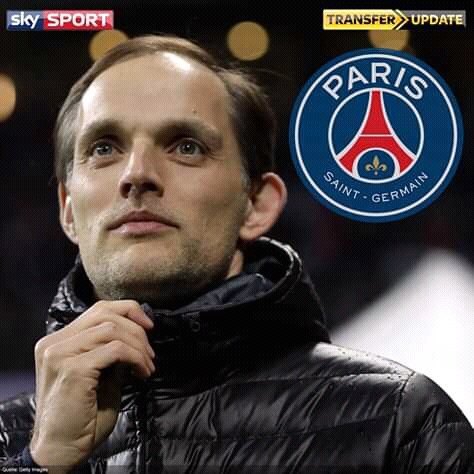 Thomas Tuchel came up against Manchester United four times in Champions League as Paris Saint Germain manager and Unfortunately he has lost the games.

Thomas Tuchel is now the current manager of Chelsea after Frank Lampard and he is yet to face United but in Title challenge and to secure the champions league qualification at the end of the season by finishing top four in the league.

Thomas Tuchel says Chelsea's game against Manchester United at Stamford Bridge could have a huge implication on the race for top four.

Chelsea are currently behind West Ham United and they're fifth in the English Premier League table with two points behind fourth placed Hammers who will face the top leaders Manchester City and are six points behind Manchester United, who are holding the second position at the moment in the table.

While Thomas Tuchel is fully aware of the threat posed by Manchester United who have not lost away matches in the Premier League since January 2021and are the division's top scorers, Thomas Tuchel knows how much of a boost a victory would provide to Chelsea's bid to play Champions League next season.

Thomas Tuchel said "Hopefully they can win and that's what they expect. We know it's a big and tough challenge because of their unbeaten away record and they will be looking forward to extend the record run.

We know what we're up against ; a a threatening team that can hurt and damage you any second with individual quality and with speed. They are strong away, they can defend very compact, they are very, very good in transition. It will be a big challenge to defend all this.

The implication is huge, of course. If we get a victory out of this game, it's huge for us. If they get a victory it will be huge for them, to put a difference between us."

Thomas Tuchel was in charge of Paris Saint Germain for their infamous 3-1 defeat at home to United in the champions league last 16 during the 2018/19 campaign, a result which saw the French side submerged at Old Trafford sea in a 2-0 victory from the first leg as a massive credit and an opportunity to Ole Gunnar Solskjaer earning a permanent manager position at Old Trafford.

Thomas Tuchel also oversaw Paris Saint Germain's 2-1 home defeat to Manchester United in the group stages of 2021 campaign, as well as their 3-1 victory at Old Trafford, and says those encounters will help to inform him approach ahead of the clash.

Thomas Tuchel also said " we played against Manchester United in the champions league but unfortunately we lost both home matches and could emerge victorious both away matches.

We hope that we can turn this around and emerge victorious at home in English Premier League. The challenge is a big clash and opportunity because the like to have space, play on counter attacks, to use their speed and absorb the speed. 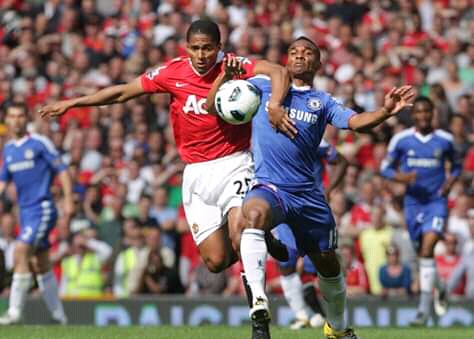 But it helps a lot because we played two consecutive years against them and they were tough matches. We will use the knowledge and prepare our team physically and mentally ahead of the match."

Chelsea will face Manchester United without Thiago Silva as continues his recovery from the injury he suffered earlier this month.

However, former Paris Saint Germain striker Edison Cavani is set to be part of the United side, while Olivier Giroud is in contention for a starting spot after his match winning bicycle kick for Chelsea against Athletico Madrid. 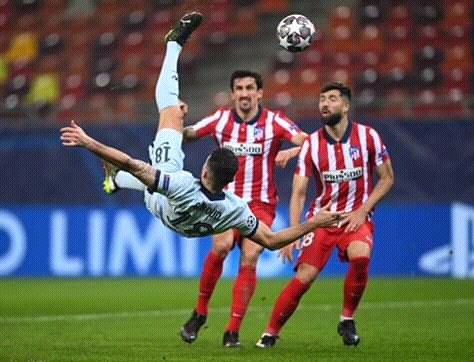 Thomas Tuchel have not yet confirmed whether Olivier Giroud would start, but he's pleased and praised the way both 34 year old strikers have maintained their fitness to continue performing at high level in their career.

Can Thomas Tuchel work things out with Chelsea ? A question for the rivals as the Blue's boss is mouth watering for a victory over the Red Devils.

Guardiola Explains What He Thinks Of City This Season

Weekend Sure Bets to Win You Huge Money

Forget About The Tough Remaining Fixtures, This Is The Team Giving Pep Guardiola Sleepess Night

10 Sure Predicted Teams To Win Big On The Weekend Including Chelsea & Manchester United.