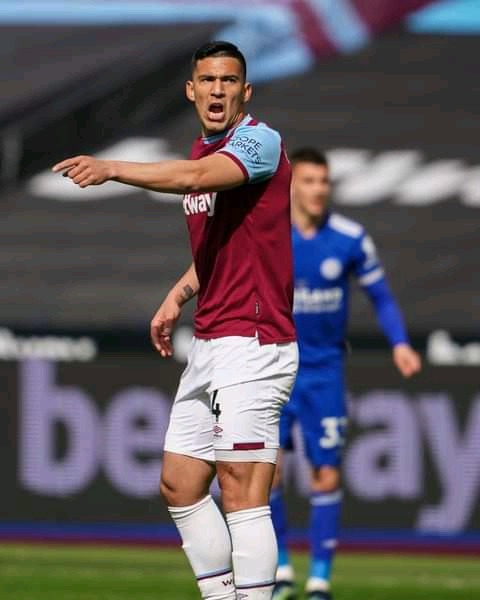 West Ham United center-back Fabian Balbuena was sent off during Saturday's English Premier League match against Chelsea at the London Stadium. The Paraguayan received a straight red card from center referee Chris Kavanagh in the 81st minute after a challenge on Chelsea full-back Benjamin Chilwell. The Hammers went ahead to lose 1-0 to Chelsea in the hotly contested top four finish encounter.

Good news to West Ham United is that the FA has overturned the decision after successful appeal by West Ham and Balbuena will be available for the weekend clash with Burnley. The London club has confirmed this evening through its website.

"We can confirm that Fabian Balbuena's red card in Saturday's Premier League fixture against Chelsea has been overturned on appeal. The defender will now be eligible for our trip to Burnley," read the statement.

Speaking to Sky Sports after the match, West Ham United's manager David Moyes had said, "I think it's a decision made by somebody who's never played the game. I don't know where Fabi Balbuena is supposed to plant his foot.

He went ahead to term the decision by center referee Chris Kavanagh as a really rank, rotten decision. He reiterated that that was a poor decision.

"It's not a red card. Chilwell got up after rolling about and then crossed the ball in the box, so it couldn't have been too bad." he added.

Despite the referee pausing the game for the pitchside VAR check, West Ham fans and a larger section of football fans were astonished by his decision to send the player off the pitch.

"My Wife Left Me With A 3Months Baby After I Dislocated My Hand And She Married Another Man; Cyprian

Kenyan celebrities opening up on suffering from depression

5 Celebrities Who Regret Having a Tattoo