Why England Could Be Banned from Next Year's 2022 World Cup 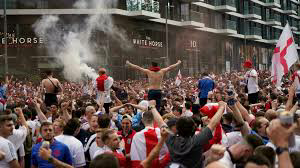 England are facing increasing calls to be banned from the 2022 World Cup over the fan violence marred their Euro 2020 final defeat against Italy on Sunday night.

The Three Lions came up short in the first ever European Championship final appearance, losing out on penalties after Leonardo Bonucci cancelled out Luke Shaw's early opener.

However the heartbreaking results was not the only negative for England, as before the game were ugly scenes when ticketless fans class with the police and security while trying to storm Wembley. 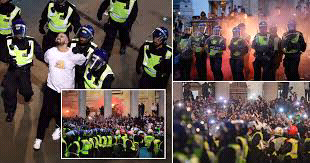 King Cross also had to be evacuated before the game due to fireworks while bottles were thrown, windows were smashed and arrests were made elsewhere in the capital.

As a result, anumner of people are calling for England to be banned from next year's World Cup in Qatar, taking to Twitter to lamb blast for the World Cup and the next Euros for the fans behaviour before Sunday's final.

One wrote: "I hope England get banned for the World Cup and the next Euros for the fans behaviour was absolutely disgusting". 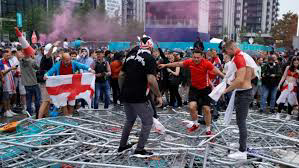 Another said: " England should be banned from participating in the next World Cup. Treat the fans like the children they are and take it away from them."

A third commented: "Embarrassed to be British! If that's how England fans behave, it does NOT deserve to 'come home's. But we do deserve to be banned from the next World Cup! Maybe that'll teach the hooligans a lesson! Or not". 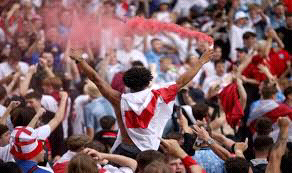 While one concluded: " England should be banned from the World Cup for continous behavior of their fans!"

England got off a flying start in Sunday's final, with Shaw's breaking the deadlock after just two minutes.

But with 20 minutes remaining Leonardo Bonucci drew level, sending the game to extra-time and then penalties. 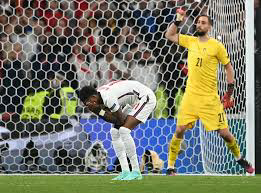 Andrea Belloti missed the first for Italy, only for Marcus Rashford and Jadon Sancho to squander their efforts and put the Azzuri in the driving seat.

Content created and supplied by: _.r_tatoullie._ (via Opera News )