What Serge Gnabry has said about Arsenal amid reports of £63m transfer return.

Serge Gnabry has previously stated that his time as an Arsenal player was crucial to his career, amid rumors of a possible return to the Emirates. 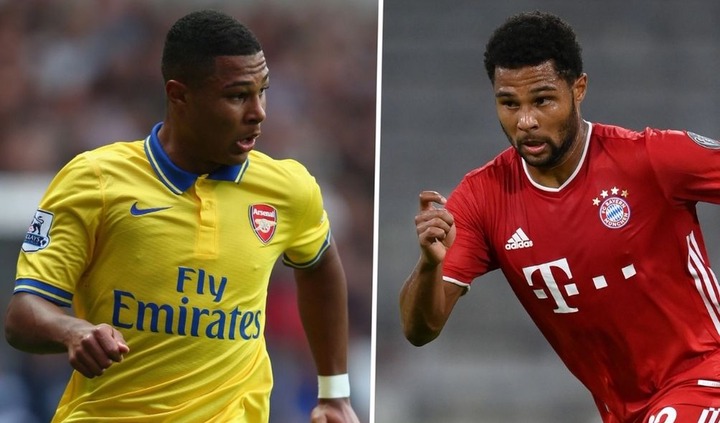 The German began his career with the north London club, where he went on to make 18 appearances and score one goal.

After a disappointing loan spell at West Bromwich Albion, he joined Bundesliga club Werder Bremen, where he thrived, scoring 11 goals in his first season.

Bayern Munich, a German powerhouse, swooped for his services as a result. Gnabry has since gone on to become one of Europe’s most consistent wingers, scoring double figures in each of the last six seasons.

However, because Bayern has yet to reach an agreement to extend his current contract, it has been suggested that he may be on his way out of the Allianz Arena.

According to the Sun, Arsenal could be one of the clubs interested in signing the 26-year-old, who is now valued at £63 million by transfermarkt.

Gnabry has previously praised his previous stint with the Gunners as pivotal in his career progression in the midst of those rumors.

Speaking to the Evening Standard back in 2016, he said: “Without being in England, I would not be the player I am now. There was Arsenal’s quick playing style, for example, which I learned.

“When you are a young player and you get to train with such top players as there are at Arsenal for three years then of course you take something away with you and it improves you.

“That was definitely the case with me. I probably would not be here now [at Bayern Munich] if I had not been in England.”

Gnabry has gone on to make 155 appearances for Bayern Munich, scoring 59 goals and providing 38 assists while winning three Bundesliga titles and the Champions League.

He has also earned 31 caps for the German national team and has been in prolific form for Die Manschaaft, scoring 20 goals.