By Wayneweke (self media writer) | 1 month ago 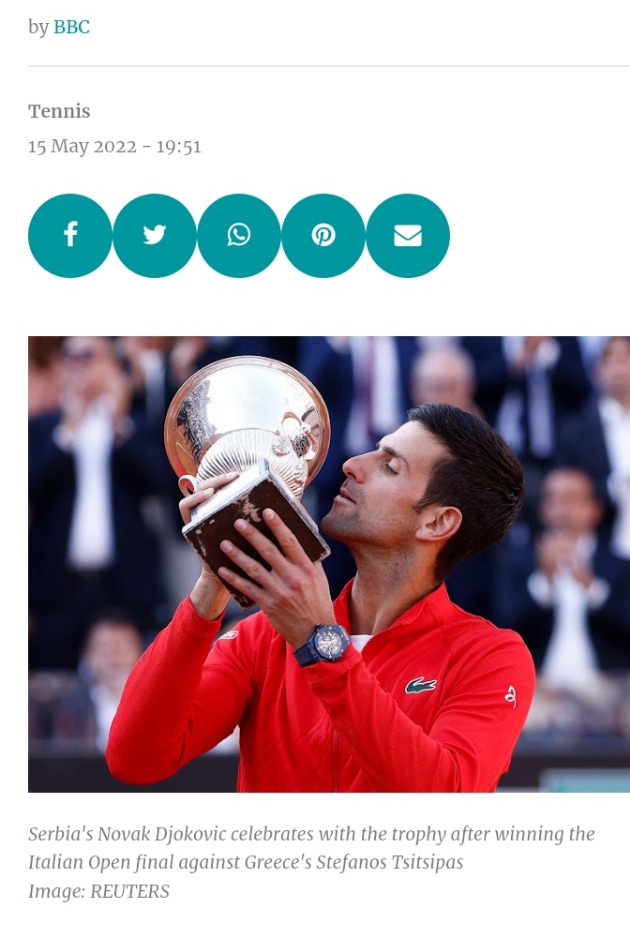 Djokovic won his sixth victory in Rome and his first of the year.

Djokovic, 34, began comfortably against his flat opponent in a repeat of the 2021 French Open final.

Novak Djokovic now has a total of 38 Masters championships after winning the Italian Open for the sixth time.

With Rafael Nadal's foot injury, Djokovic will start as the favorite in Paris next week to match Nadal's 21 Grand Slam championships.

Kovic holds the trophy after defeating Stefanos Tsitsipas of Greece in the Italian Open final.

Novak Djokovic of Serbia raises the trophy after defeating Stefanos Tsitsipas of Greece in the Italian Open final.

With a 6-0 7-6 (7-5) win against Stefanos Tsitsipas in the Italian Open final, world number one Novak Djokovic won his first championship of the year.

Tsitsipas, 23, got off to a stronger start in the second set, breaking early before Djokovic broke back and won the tie-break.

The Serbian was unable to begin his year as anticipated at the Australian Open, instead returning to Dubai in February.

With a first-round elimination in Monte Carlo, he got off to a slow start on the clay, but he picked up speed with a semi-final in Madrid and now the Rome championship in the penultimate big event before Roland Garros.

Because of Rafael Nadal's foot ailment, Djokovic will enter next week in Paris as the favorite to match Nadal's 21 Grand Slam championships. The French Open is held from May 22 to June 5. 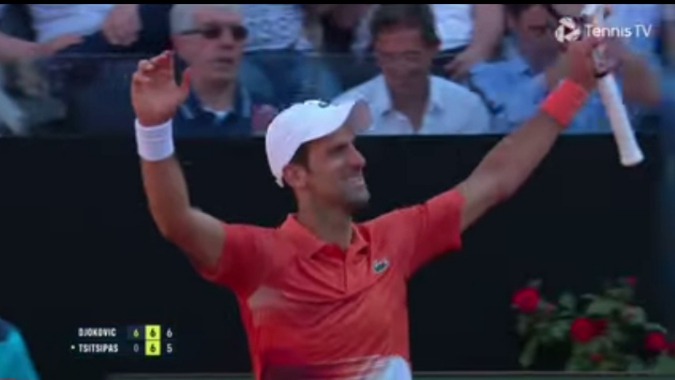 Content created and supplied by: Wayneweke (via Opera News )

Recipe : How To Prepare A Nutritious Banana Tea