Lille OSC have had a rough season this calender year but one thing that has been consistent in the past couple of seasons is the prolificacy of star striker Jonathan David. The striker has already bagged 9 goals and created 7 more in all competitions making him one of the most in-form players in the league. He has singlehandedly carried Lille this season by scoring very vital goals thus preventing them from falling into the dropping zone of the league.

Arsenal fans have noticed the talent of this sensational striker and have urged the club to make a move on him before another big club snatches him. Arsenal are considering some frontline options and fans have their fingers crossed hoping that the 22 year old is in the list.

Luka Jovic has been a ghost this season for Real Madrid but in the rare chances he has played, he has proven to be tough nut to crack. Dominant, objective, and clinal are three adjectives that can describe his character best whenever he is on the pitch and Arsenal are looking for such a striker in the market. Unfortunately for Jovic, not many clubs have inquired about his availability but he has been doing a lot of work in training to ensure that he is always fit and ready for selection. 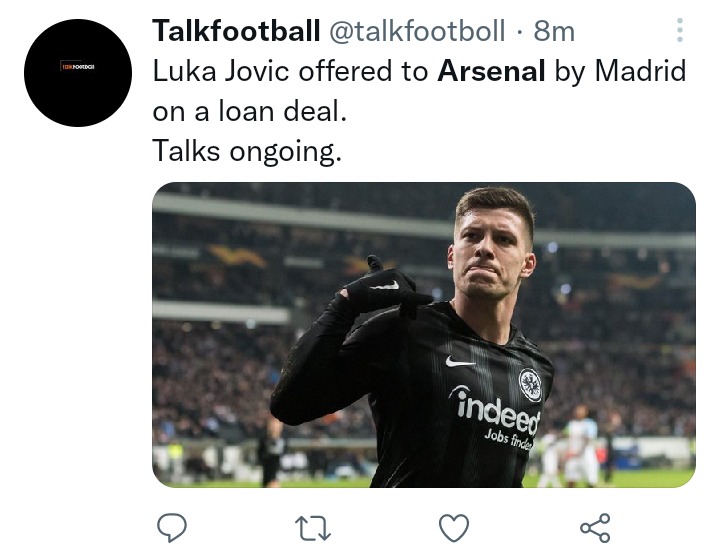 To address Jovic’s transfer situation, rumor has it that Real Madrid have offered Luka Jovic to Arsenal on an initial loan deal. Arsenal are yet to respond to the offer but it seems highly likely it will be accepted since the striker has always been on Arsenal’s radar for the longest time. 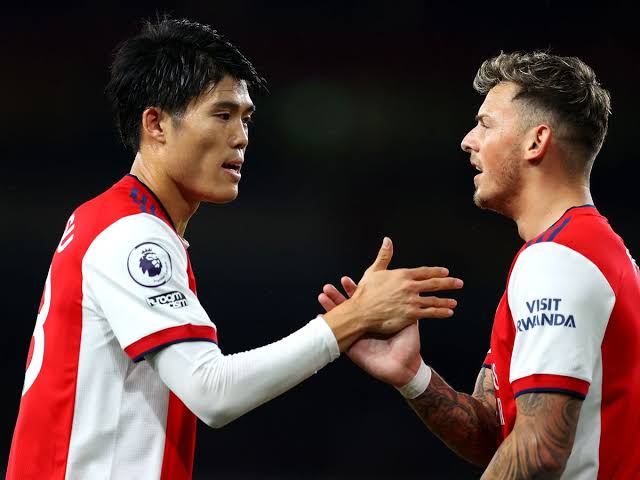 Takehiro Tomiyasu’s groin injury has been a major cause of concern for the Arsenal fraternity and some have claimed that it is because he plays too much under Arteta. Tomiyasu is still very young, 23, and such injuries could ruin his career as he will be constantly forced to undergo surgeries. Because of this, Arsenal fans are calling on Mikel Arteta to regularly rotate the squad so that there is some sort of balance in the squad and the same case does not repeat itself.