By Annnjeri (self meida writer) | 2 months

Germany clashed against Saudi Arabia at the Olympics a match the Die Mannschaft won by three goals to two after strikes from Nadiem Amiri, Ragnar Ache and Felix Uduokhai with Sami Al-najei's brace only consolation goals.

The moment that however caught the attention of the spectators was when German and Union Berlin striker Max Kruse asked his girlfriend to marry him on live television after the match. 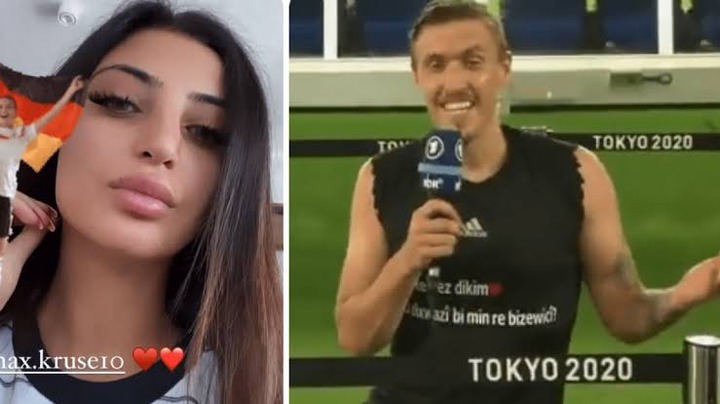 The 33-year-old talisman may not have got on the score sheet but it was a night to remember for him with Goal.com reporting that his girlfriend accepted his marriage proposal although the striker revealed he wanted to propose once he had scored a goal.

“I actually wanted to wait until I scored a goal – but who knows if I can do it,” Kruse joked on Sportschau.

Kruse is one of the three over-age players permitted at the Olympics for the German side with the player having featured fourteen times for the national team scoring four goals.

Waiguru In Danger As She Receives Stern Warning Over UDA

Against all Odds, Mcee Beats Pressure to Hold Affordable Wedding