Revealed why Man United may have been calling Luis van Gaal during their world cup campaign. 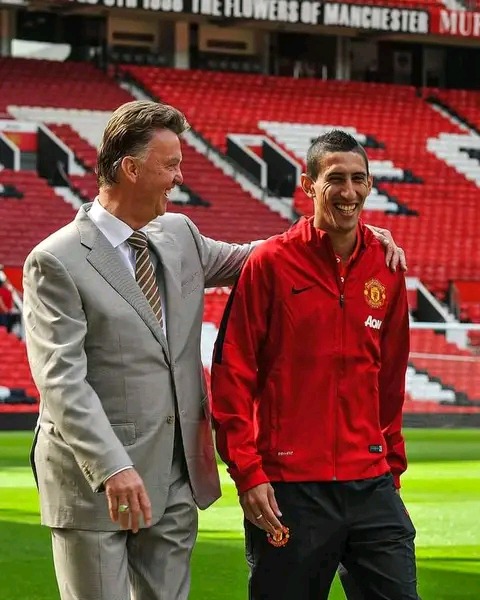 Manchester United have been linked to several Netherlands players such as Danzel Dumfries, Memphis Depay, Frimpong and the the PSV Eindhoven captain Cody Gakpo.

During their Qatar world cup campaign, it has been revealed that Manchester United have been making call to their former manager Luis van Gaal who is now the manager of the Netherlands teams.

Luis van Gaal forgot his phone in onevof the toilet in the hotel toilet where the Dutch team resites. The phone was later recovered by another Dutch journalist who pressed the power on button and show the screen saver of Van Gaal picture together with his wife.

She also noticed the phone had two missed calls with caller ID which said 'Manchester United'.

Manchester maybe wanted to asked for permission from Van Gaal so that they could to Gakpo who has been their target.

Van Gaal was unlikely to give the permission as he still want his players to concentrate in their World Cup games. Netherlands are set to meet Argentina in the quarter finals on Friday.

Manchester United will have to push for a move for the foward in the January transfer window as they are currently light in that area with the departure of Cristiano Ronaldo. 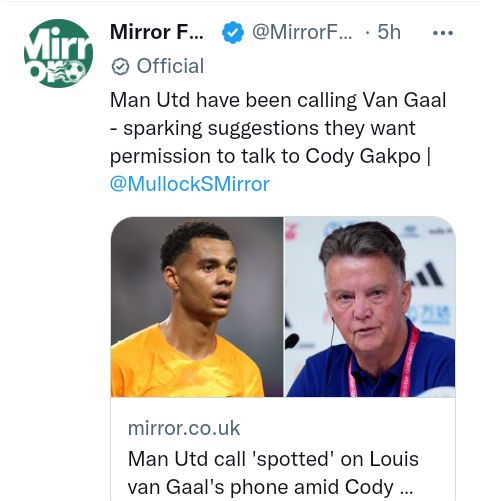