By Deathrow (self media writer) | 11 months ago

We have many seen the rags to riches stories in football till now with players like Gabriel Jesus, Luis Suarez, Jamie Vardy have come through the hard way. While some section of footballers has managed to graduate with a University degree. Apart from mastering the game of football, some of the footballers also able to manage their educations. 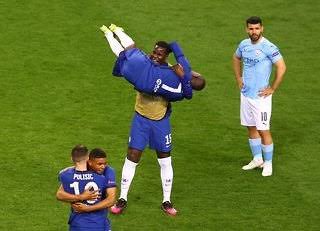 Juan Mata is one of the most senior players at Manchester United. Apart from having a great playing career, he is also a highly-educated scholar.He has two bachelor’s degrees from the Universidad Camilo Jose Cela in Madrid. One is in Sports Science and the other in Marketing.

The former FIFA World Cup winner isn’t just a visionary on the pitch, but also a scholar off it. Iniesta holds a double degree – one in Biology and the other in Sports Science. Thus, the midfield maestro is nothing less than an idol to many upcoming young footballers in the world.

Lukaku,recently signed by Chelsea is among the most educated football players from Europe, being known to have a degree in public relations and tourism. And maybe one of the most fascinating facts about Romelu Lukaku is that he is a linguist, being able to speak 5 languages fluently (English, French, Dutch, Portuguese, Spanish) and understand Swahili and German.