A total of 30 names have been nominated for this year's Ballon D'or.

The winners will be announced in Paris on 29th November, with former striker Blues striker set to be one of the award hosts.

The five Chelsea Players names are as follows.

This makes Chelsea FC to have the joint most nominees of any club in Europe.

Ngolo Kante won man of the match award in the champions league semi-final two leg against Real Madrid and also won the award in the final against Man city as Chelsea emerged victorious in Portugal. Kante hasn't returned to full fitness, though after diagnosed with Corona two weeks ago he is back in training. It will be interesting to see if the Uefa midfielder player Trophy winner will emerge the winner. 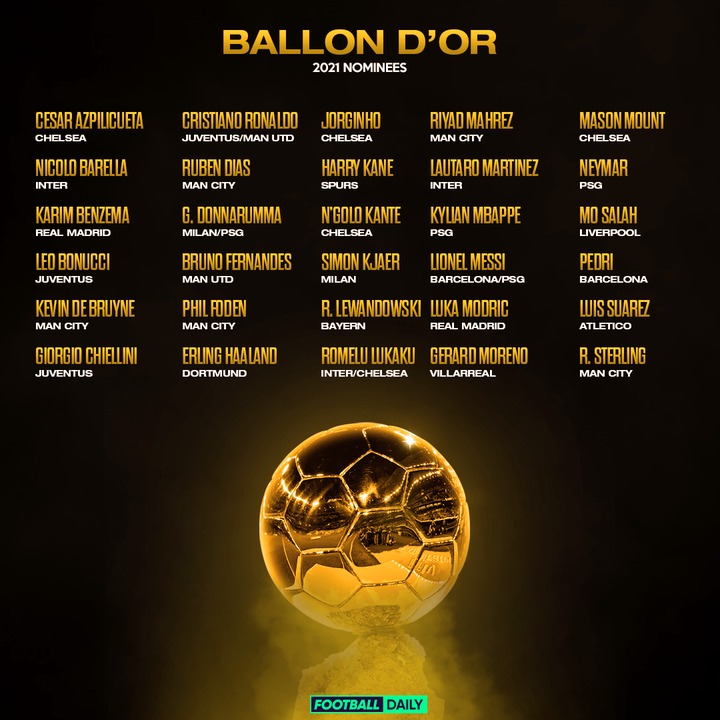 Joginho was also largely instrumental in that CHELSEA UCL league triumph. Since Fabio Cannavaro won it in 2006, while playing for Real Madrid, the Italian Joginho will be favourite clinch it. He was named UCL player of the year and also helped Italy to Euro 2020 champions by beating England in penalties.

Mason Mount is deservedly nominated for the first time in his fledging career, further adding to the strong Chelsea showing. The Midfielder played a key role as chelsea won UCL and also featuring heavily for England at Euro 2020.

Also nominated is Cesar Azpilicueta, with the captain’s impressive and consistent performances ensuring he is part of the 30-name shortlist. The Spanish defender was impressive in that season helping chelsea to clinch the coveted title. 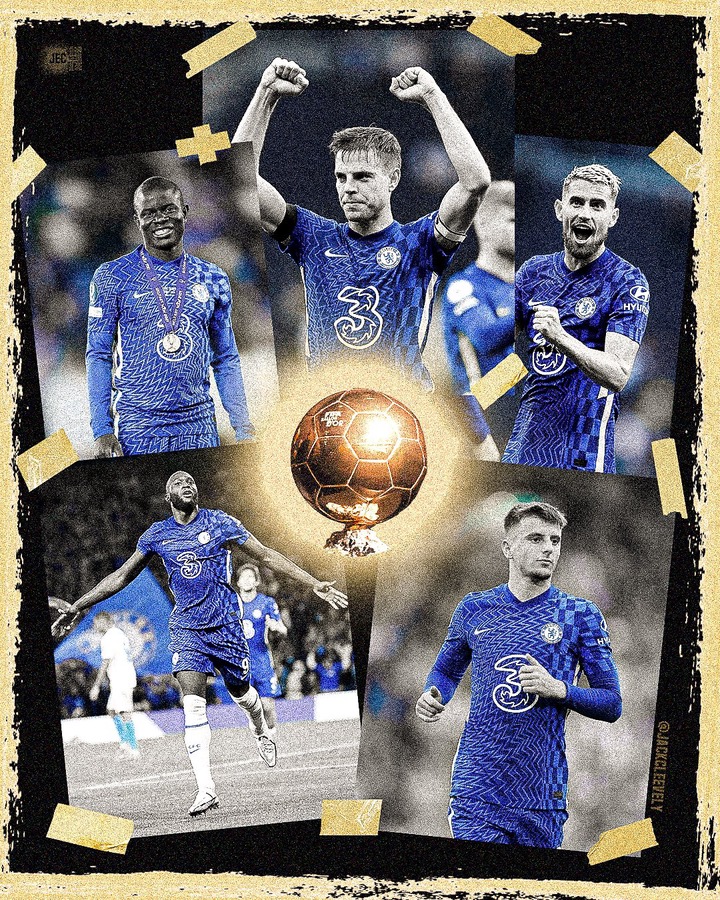 The Fifth on the list is Romelu Lukaku. He steered Belgium to the semi final in the euro 2020 and he was impressive in front of goals while playing against Inter Milan last season.

Share with us your views about the player that will win the coveted prize this year?