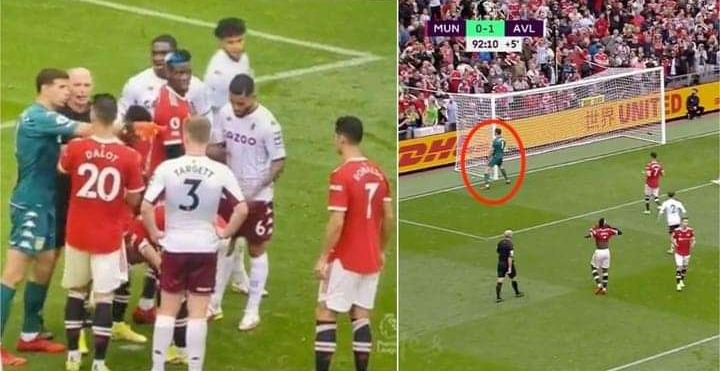 Manchester United have had the worst week of the season as they lost two games in a span of three day at Old Trafford.

It started with the 1-0 loss to West Ham United in the Carabao League Cup competition on Wednesday and then another 1-0 loss to Aston Villa in today's match.

The Red Devils were playing with high tempo as they attacked on multiple occasions, but Aston Villa managed to hold them off until the 88th minute when they scored the first goal of the match from a brilliant header by Hause. 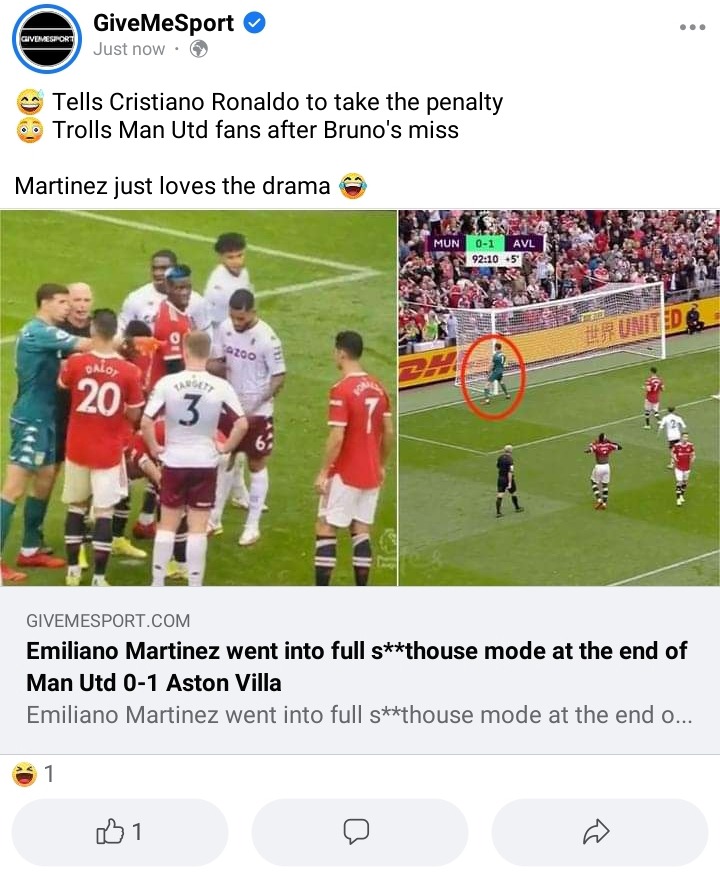 As the game was coming to an end, Edinson Cavani rescued his team as he won a penalty which could have earned them an important point.

There was some scuffle around the Aston Villa penalty box as players from both sides engaged with the referee. Moments later, Emiliano Martinelli was spotted pointing to Bruno Fernández as he wanted him to take the penalty kick which was supposed to be taken by Cristiano Ronaldo.

This loss to Aston Villa has intensified more pressure on Ole Gunnar Solskjaer who will have to turn the club's woes around or get sacked.