By Baraka (self media writer) | 2 months ago

Manchester City Grimshaw who is currently playing for Blackpool in the championship. On Tuesday, April 5, during their match against Preston, it appeared as if the goalkeeper was hit by Archer‘s knee. The Man City goalkeeper moved to Blackpool where he faced a real hard time yesterday after he had an head injury. The goalkeeper had no big work to do as he played for only for 10 minutes when he faced the challenge which made the game to stop. 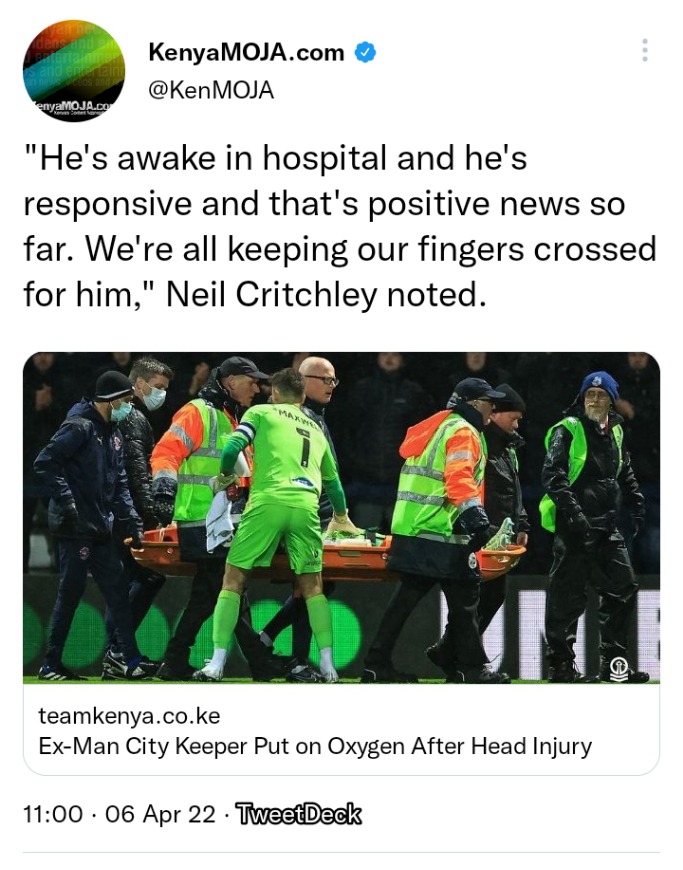 The ex Man City goalkeeper was rushed to hospital after being given oxygen support for about ten minutes. The goalkeeper has however been reported to have gained his conscious back. The sad moment made the game to stop and Grimshaw was replaced by another goalkeeper Maxwell. It was not of a good Rescord as they ended up losing the game to Preston in the Lancashire derby. The new goalkeeper was scored a goal. It is of a good news that he is now fine.

The player know as Archer's hit the goalkeeper on the by his knees, this gave Grimshaw an head injury which made him lose his conscious.