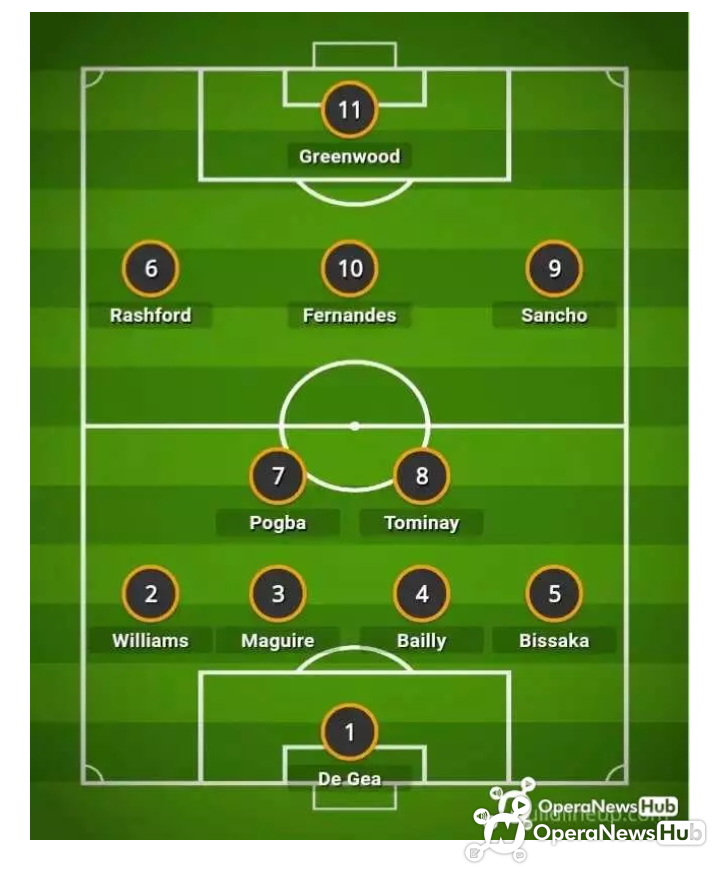 The formation shows how Ole Gunner can combine Jadon Sancho, Mason Greenwood and Marcus Rashford in order to produce more goals for Manchester united next season if they eventually complete the signing of Sancho. Bruno Fernandes is seen in the attacking midfield position. This is the midfielder's natural position as he likes to see more of the ball and be in control of the game. Pogba will be starting in a much more deeper as he will be focusing on the defensive aspect of his game. Scott McTominay will be occupying the defensive midfield position.

Manchester United's defense will remain as it is with the likes of Harry Maguire, Eric Bailly, Aaron Wan-Bissaka and Williams all making the starting backline. David De Gea is seen in between the sticks as the Spaniard still remains the most consistent player in the club.